A new eco-friendly plastic free balloon stick invented by Buckinghamshire-based printed promotional balloon company B-Loony, has sold over 10 million units in only eight months across the UK and around the world since its launch in January.

The Chesham company, which is the UK’s leading printer of promotional balloons, has been running for 40 years and operates globally, supplying big name clients including McDonald’s, Costa Coffee and the Hollywood Bowl.

The new cardboard BalloonGrip balloon holder was developed by B-Loony in response to the ban on plastic balloon sticks in the Single Use Plastics Directive due to come into force in 2021.

The company responded to clients’ requests for an eco-friendly alternative by designing and producing the first cardboard balloon stick in the world. B-Loony now has an international patent pending on the invention which has proved to be a best seller across the UK and globally. 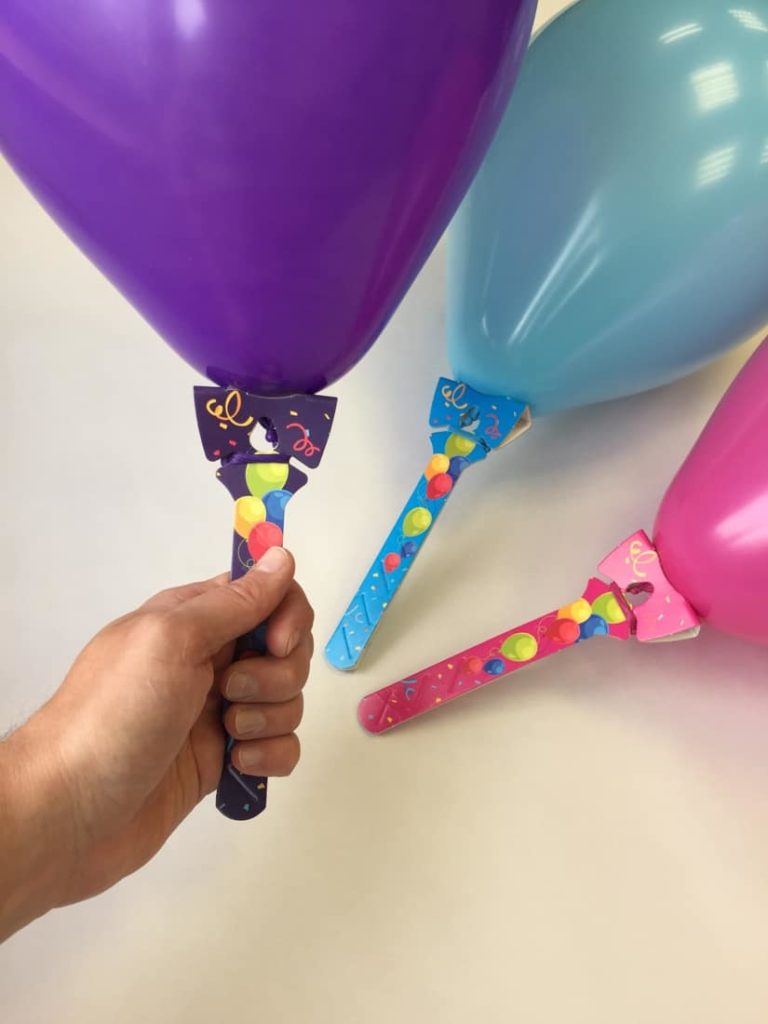 Andy MacInnes, commercial director at B-Loony, said: “The new balloon holder has been an unqualified success and we are delighted with the number of orders we have received from around the world.

“The invention was borne out of a need by our clients to find an eco-friendly alternative to the plastic sticks that have traditionally been handed out with balloons at events. If we assume that our new balloon holders are replacing plastic sticks, that’s already saved nearly 50 tonnes of plastic from landfill.

“Balloons themselves do not fall under the plastics ban because they are made from rubber which is a natural and sustainable product that comes from trees and biodegrades naturally.

“Most of the sales have been in the UK but we have also had orders from Canada, Germany, Italy, the Netherlands and Scandinavia and we are working on serious enquiries from Asia, Australia, Russia and the United States. We are getting the message out that natural rubber balloons and our cardboard holders are NOT plastic. As a business, we are continually innovating and looking to ensure that our products are fit for use as we all become more aware of the importance of avoiding single-use plastics.”