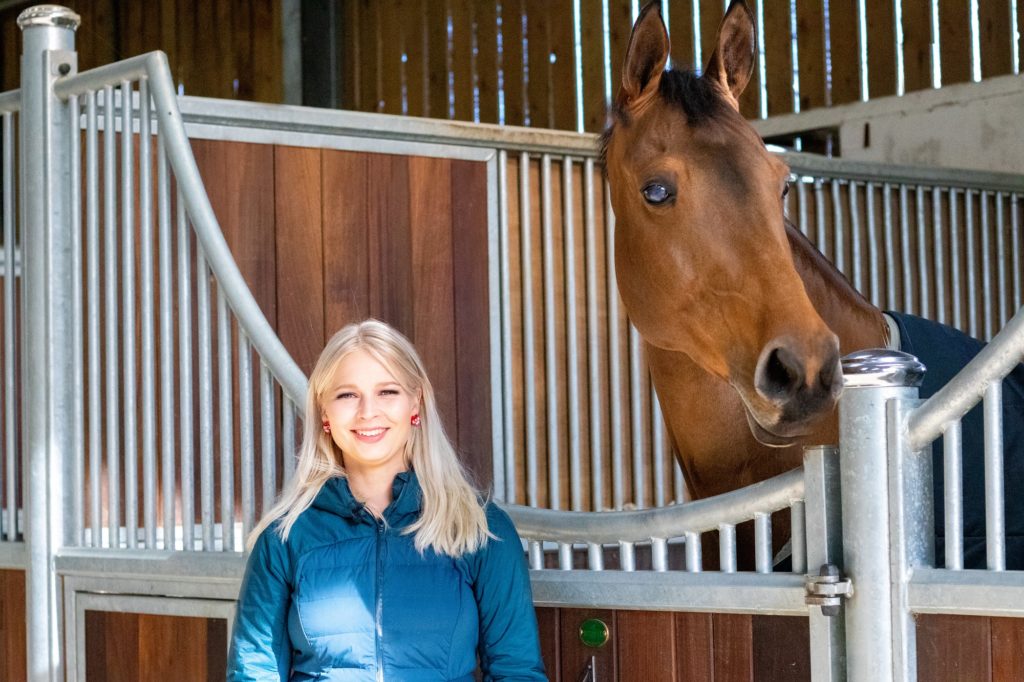 Buckinghamshire equestrian start-up Armaros, which has developed a new type of flexible body armour for horse riders, has secured a £100k investment from British Design Fund.

The company, based in Great Missenden, was founded by Esmeralda Tuomi (pictured), a former Finnish showjumper who suffered a bad accident while riding. The body protector she was wearing at the time saved her life but like fellow riders, she found existing products to be very rigid and uncomfortable. In some cases, also impacting on balance.

After conducting research amongst the equestrian community, she found many riders were put off from wearing body protectors because of this – potentially putting their own lives at risk.

Armaros hopes to bring its product to market within the next year, following safety testing. It will initially be targeted at the equestrian market before expanding into other sectors, having potential benefits for other sports and also industries such as defence.