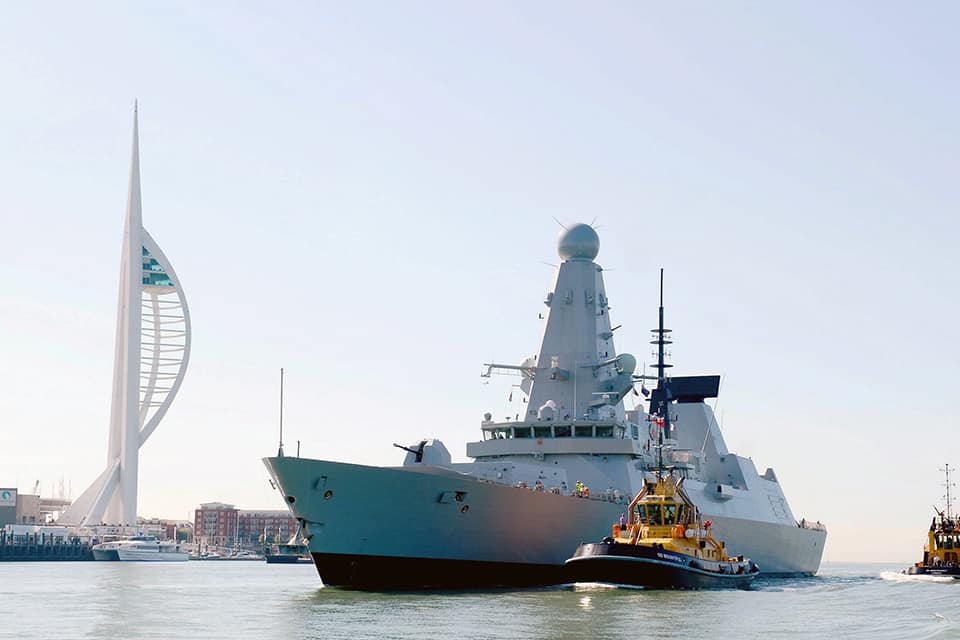 The full contribution that BAE Systems makes to the South East economy has been revealed in a new report.

Research by Oxford Economics detailed the extent to which BAE Systems contributes to the UK economy through jobs, research and development and national supply chains.

BAE Systems has eight sites in the south of England that have at least 100 workers, as well as five smaller locations.

The largest of these facilities is Portsmouth Naval Base which BAE Systems manages on behalf of the Royal Navy, and where 70% of Royal Navy surface ships are based.

The Company had 2,400 workers at the facility in 2020, delivering upgrades and maintenance to warships, as well as other services and support to the Royal Navy.

A further 900 workers are based at nearby Broad Oak, a specialised site for the design and manufacture of naval electronics and other equipment for aerospace and defence.

Outside of Portsmouth, BAE Systems' largest locations in the region are its headquarters in Farnborough, with over 470 staff, and a further 560 workers in nearby Frimley.

The Frimley office, built in 2005, houses employees developing and supporting major programmes such as the UK’s aircraft carriers, Type 26 frigates, and Astute and Dreadnought-class submarines.

Other large BAE Systems sites in the south of England include a cyber security business at Guildford, a site in Weymouth working on the Company’s submarine programmes and its facility in Cowes, on the Isle of Wight, which focusses on technologies such as radar.

In 2020, BAE Systems spent almost £590 million with nearly 750 suppliers in the south of England.

In total, the firm's operations in the region supported 12,300 jobs. Almost 5,160 of these were employed directly at its sites and lived in the region which is about 3% of all manufacturing jobs in the area.

Charles Woodburn, BAE Systems chief executive, said: "The investment we make in highly skilled jobs, research and development and our extensive supply chain supports thousands of companies and tens of thousands of people and the communities in which they live."