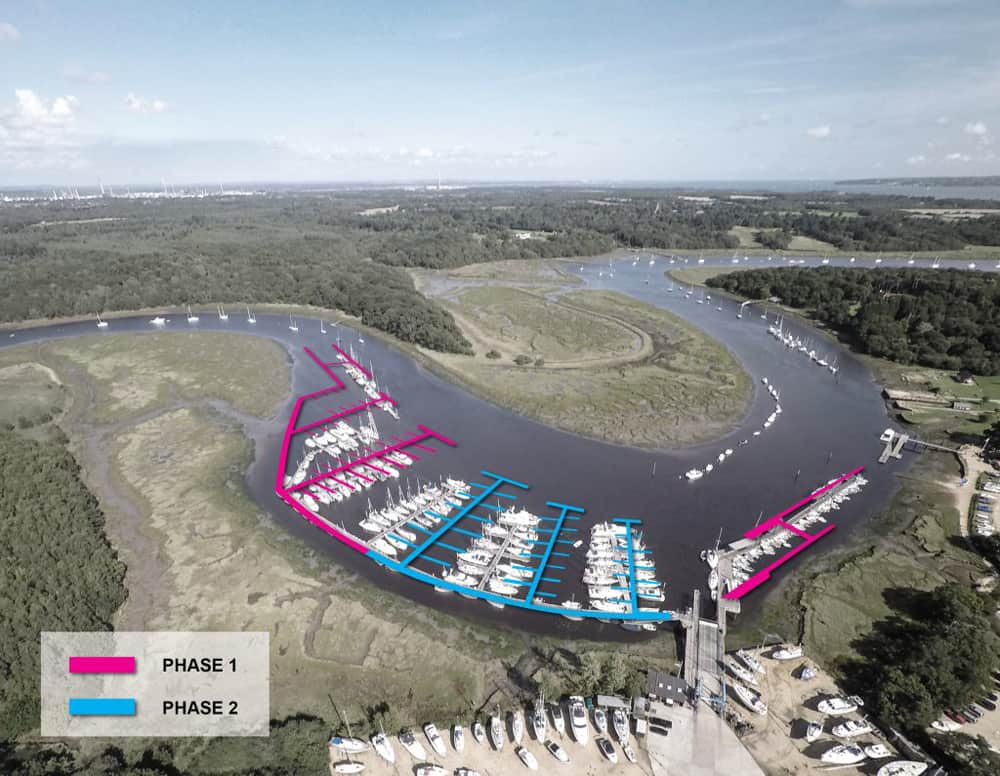 The redevelopment of the yacht harbour was carried out over two winters (2019-2020 and 2020-2021), despite coronavirus restrictions. The harbour now provides 66 new marina berths, with larger berths to suit vessels up to 20m, upgraded electrical services, improved WiFi and a new dedicated visitor area.

Marina Projects, a specialist marina consultancy based in Gosport, managed the redevelopment. The work was carried out by Fareham-based Walcon Marine, which undertook the original yacht harbour build 50 years ago. The Beaulieu Estate worked with agencies including Natural England and the Environment Agency to continue to protect the river’s unique habitats and species.

To officially inaugurate the redeveloped harbour and celebrate its 50th anniversary, Beaulieu River & Buckler’s Hard held a celebration day on Saturday 14 August), joined by special guest Sir Ben Ainslie, the most decorated Olympic sailor, who swapped his race boat for a traditional scow to sail along the river.

Set in the natural haven where the New Forest meets the Solent, Buckler’s Hard Yacht Harbour has a five Gold Anchor accreditation and offers sheltered setting for 211 fully serviced berths, more than 300 moorings and a boat park with a slipway.

The Beaulieu River is one of the few privately owned rivers in the world and the custodianship of the Montagu family has protected it for over four centuries.

Lord Montagu said: "We were thrilled and indeed honoured to welcome Sir Ben Ainslie as our special guest to commemorate the completion of our rebuilt yacht harbour. This investment is an important one in the river’s evolution, but it does not end here.

Survey by GlobalData: Over 33% of UK SMEs have increased their support of mental and physical wellbeing