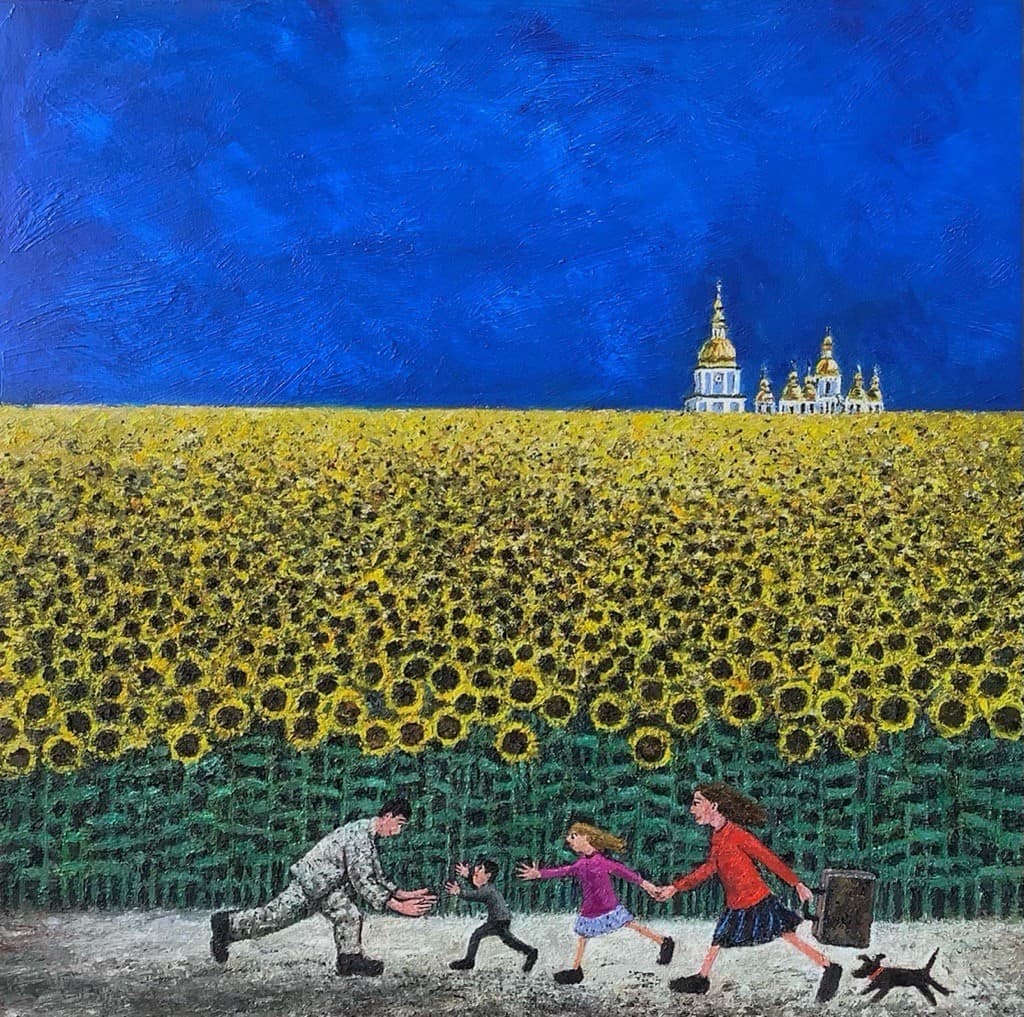 An oil painting by renowned English artist Paul Robinson, ‘Ukraine,’ will be the subject of a charity auction in aid of Disaster Emergency Committee efforts in the besieged country.

The work was commissioned by investment banking firm, Blackdown Partners, with the sole intention that it is auctioned to generate funds toward Ukrainian aid efforts. Business Magazine readers now have an opportunity to bid for a unique piece of art by a much sought after English artist.

Paul, whose oeuvre is famed for his depiction of storms on the North Sea, rugged Cumbrian landscapes or ladies walking reluctant dogs, has now turned his eye to the plight of those fleeing Russian aggression in his work 'Ukraine.'

Robinson’s paintings are often seeped in a sense of innocent yearning. Paul's vistas regularly exude the pleasures of the beach, characters on the water’s edge seeking the simple joy of a summer paddle or an ice-cream.

This work exudes yearning of a very different kind. In the foreground a family reach out for the embrace of safety, behind them Ukrainian sunflowers stand tall, defiant against the looming threat of Russian aggression on the horizon.

Paul’s famous characters remain but their journey is much more difficult than those he previously depicted on the Norfolk coast.

A sense of defiance shines through every inch of the scene. As with all his works the artist composed a short poem to accompany the visuals, the words are as evocative as his brush strokes:

“A million golden sunflowers rise joyous, proud and tall; a field of hope, of all the love, of family, once again whole.

And when the storm clouds have receded, and the sun can shine once more,

the sunflowers will rise defiant, no less tarnished by the war.”

Proceeds from the auction will go directly to the DEC Relief Fund in support of their response to Europe’s largest humanitarian crisis in a generation.

Regarding this artwork, Paul said: “I felt honoured to be asked by one of my collectors to create a painting which would be auctioned to raise money to help the people of Ukraine.”

the Auction comes in two parts, the second one will bring experts from Sinfield Gallery, with which Paul has long been associated, to complete the bidding process at The Business Magazine prestigious live event Thames Valley Deals Awards.

Find out more about Paul Robinson’s art by visiting his website here.

Silent Auction - How to Bid and How to Win

‘Ukraine’ by Paul Robinson will be the sole lot of a silent auction run by the Business Magazine. All proceeds go to Disaster Emergency Committee.

The finished piece measures 30" x 30", the medium is oil on canvas.

The Auction will be held in 2 parts

Bids can be submitted to [email protected]
Please use 'silent auction' in the Subject field.

The highest bidder from Part 1 will receive two tickets to attend The Business Magazine’s Thames Valley Deals Awards at Reading Madjeski Stadium on 3 November 2022 at which bids will reopen as a live auction in order to maximise money raised for the Ukraine and its people. (Remote phone bidding will also be available for the winner) 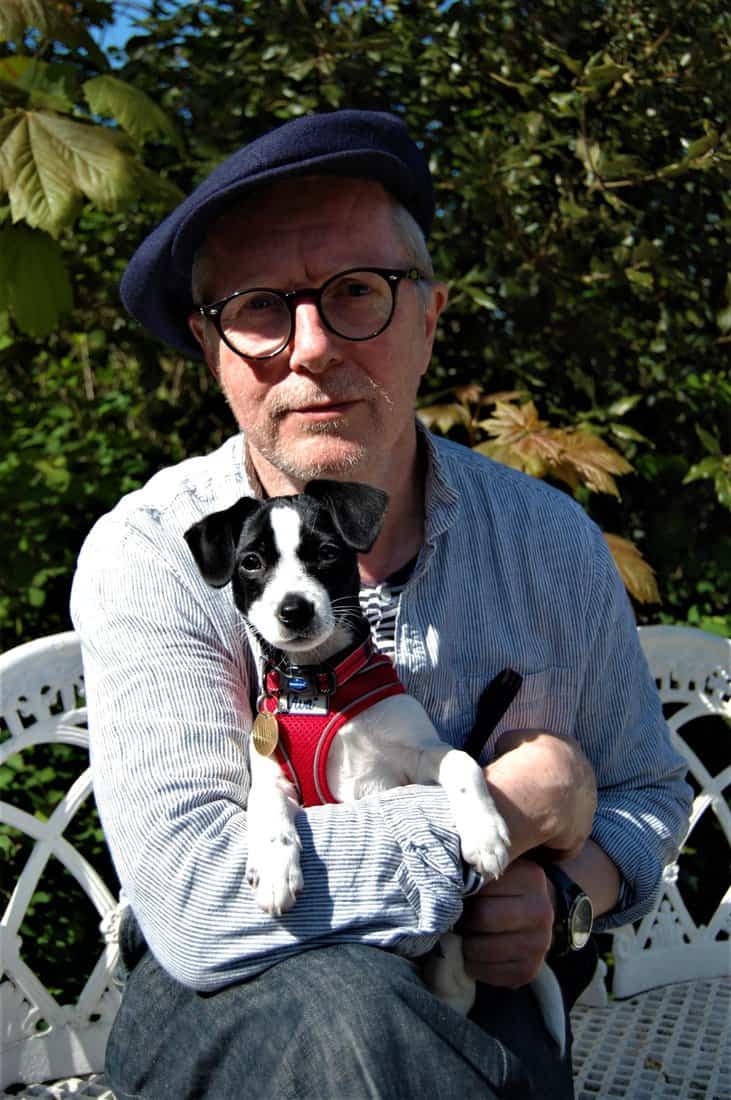