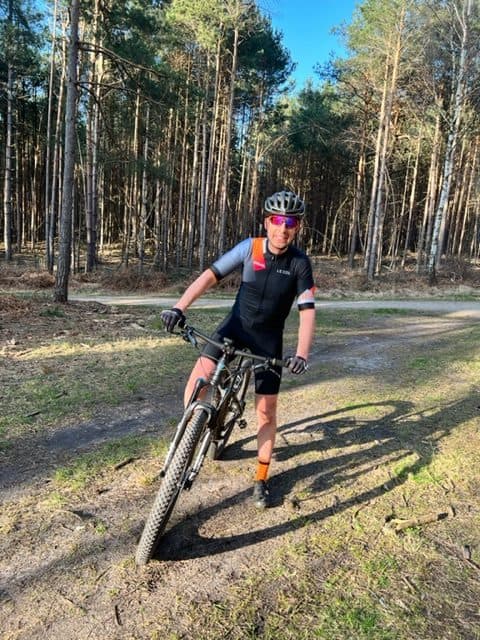 Founder of energy finance specialists Capitas Finance, Jeremy Hartill will join Ian Lees in the charity adventure. The pair will cycle in the Grand Masters category of this year’s SPAR Swiss Epic. The race is classified S2 (stage class 2) by the UCI (Union Cycliste Internationale).

Jeremy said: “Ian and I were racing in the Swiss Epic long before we reflected and made the decision to race not just for ourselves but for Wings for Life and raise awareness and funds at the same time.

“This is a cause close to my heart. It’s to support a true friend’s ultimate goal - to walk again. There’s an old saying; “the efforts of one person can't move mountains. It's the strength of us all working together that makes a change.”

The SPAR Swiss Epic is part of the Epic Series, a series of top mountain bike stage races which also include the well-known Cape Epic in South Africa. Both seasoned professionals and driven amateurs challenge themselves on the world-famous trails in Graubünden.

This year sees the challengers travelling from Arosa via Laax to Davos. In the process, the teams will cover 363 kilometres and climb 11,650 meters in altitude before reaching the finish in Davos.

Jeremey and Ian will be racing under a team name selected in support of their chosen charity. Wings for Life is a not-for-profit spinal cord research foundation, driven by two-time motocross world champion Heinz Kinigadner and the founder of Red Bull, Dietrich Mateschitz. It funds world class research and clinical trials aimed at finding a cure for spinal cord injuries. To date, the charity has funding 170 projects around the world.

Jeremy’s support for the charity was inspired by Capitas Finance’s Non-Executive Chairman Philip White, who is a Patron of the charity. The pair have been friends and work colleagues for over 30 years.

Philip was left with a broken C5 vertebrae and damage to his spinal cord following a 2019 accident. His injury was rated as ASIA Grade A – Complete, which signifies the complete absence of all motor and sensory functions.

Philip said: “I remember Jez being one of the early adopters of MTB XC racing back in the 1990s – single track racing is not for the faint hearted. I’m delighted he has chosen to raise funds for Wings for Life in doing this race.

“The progress that has been made in spinal cord injury research and treatment over the last five years has been greater than in the previous 25 years. The funds raised through his participation in this gruelling challenge will help fund further projects around the world and I wish him the very best of luck in his fundraising efforts.”