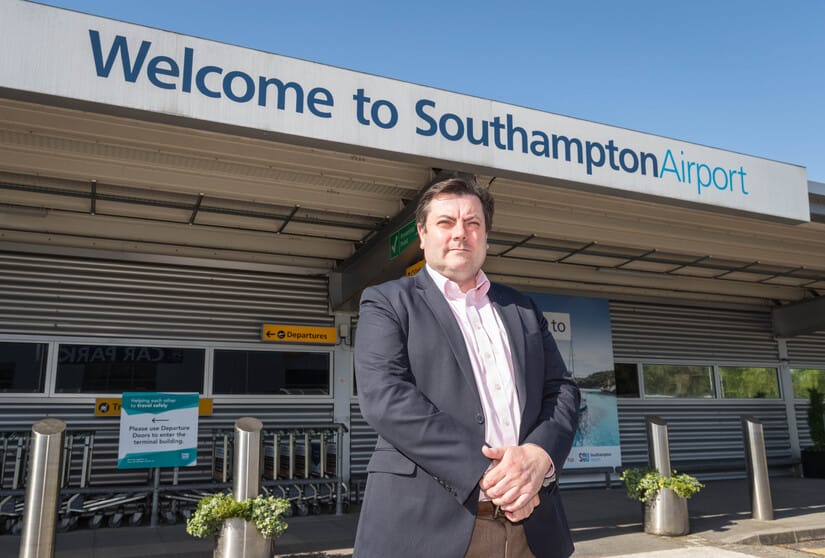 Southampton’s bid to become UK City of Culture 2025 is set to reach new heights thanks to its latest backing.

Southampton Airport, which offers hundreds of flights to national and international destinations from multiple airlines, is the latest partner to support the city’s efforts as the race to become UK City of Culture 2025 gains momentum.

The partnership between Southampton 2025 and the airport has been described as 'key' to promoting Southampton’s fantastic international links.

Steve Szalay, Operations Director at Southampton Airport, said: “Southampton and our region has so many great qualities. Beautiful and glorious countryside sits side by side with key national infrastructure.

The ports and airports of the region bring much needed investment and trade bringing prosperity to the area by taking advantage of the location and the connectivity the airport can provide.

Having previously won Airport of the Year by the European Regions Airline Association in 2016, the airport was named the best performing UK airport by global sustainability organisation Global Real Estate Sustainability Benchmark (GRESB), in 2021.

Shelina Permalloo, Chair of Southampton 2025 Trust said: “Having Southampton Airport onboard is a fantastic opportunity to showcase the vast connectivity that Southampton has domestically and internationally. This partnership will not only support us to enable access for visitors to the city and wider region if we are successful with our bid. It also adds to our narrative of Southampton truly being a connected international city.”

Steve added: "We are delighted to back the bid with a number of high-profile businesses."

Southampton International Airport is proud to be playing its part and sing the praises of this amazing city.