Multi-award-winning environmental print company Seacourt has scooped yet another victory in the national award stakes, competing alongside giants such as Sainsburys and B&Q.

The Cowley-based company won the award based on its closed-loop zero-waste to landfill status, a world first in the printing industry. Since October 2009, there have been no waste collections to landfill from the Seacourt premises, instead they’ve been reducing, re-using or recycling every one of the numerous waste streams.

Seacourt is no stranger to awards - along with a string of national awards, two Queen’s Awards in Sustainable Development and being acknowledged as one of the first printers worldwide to achieve EMAS, a top-notch environmental management system, the company has come a long way since its decision to go ‘green’ back in 1997.

The Guardian Sustainable Business Awards 2013 were held on May 16 and were open to all sizes of business in all sectors of industry. Seacourt’s resounding victory in the award for Innovation was described by the Guardian judges as “very impressive and beyond best practice” and they were delighted to see such an interesting and inspirational entry from a small company.

Gareth Dinnage, managing director of Seacourt, stated: “We are absolutely thrilled to have won this award. We all work very hard at Seacourt to maintain high printing standards together with our core sustainable approach. To achieve recognition for innovation by the Guardian, the leading broadsheet in sustainable-orientation, is just terrific - a crowning achievement of a green journey which started 16 years ago.” 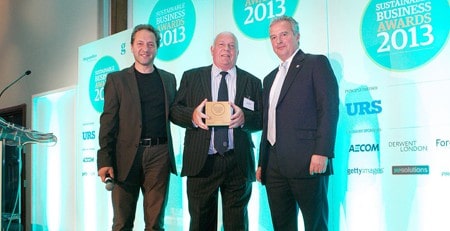