A landmark government building designed and made in Dorset has opened in the capital of Belize in Central America. 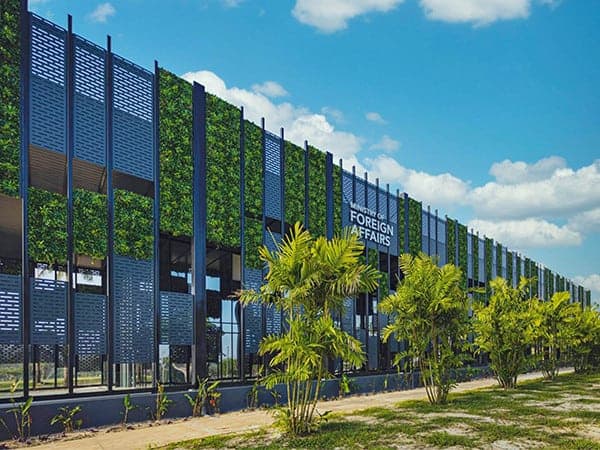 REIDsteel designing, making and supplying the structural steel, cladding and glazing for a new Ministry of Foreign Affairs headquarters in Belize, Central America

Structural steel firm John Reid & Sons (REIDsteel) manufactured steel sections in Christchurch before shipping them 5,000 miles to Belmopan. They were used to construct the Government of Belize’s new headquarters for its Ministry of Foreign Affairs, Foreign Trade and Immigration.

REIDsteel, which has exported to more than 140 countries to date, also provided glazing and cladding with innovative panels to give the building a modern and stylish look. Pepe Oliva, who is business development manager at REIDsteel, said: “The new headquarters is a very smart building which creates an excellent first impression. We used perforated aluminium panelling in a variety of shapes and sizes on its façade to create a contemporary yet corporate look worthy of its status as the Ministry of Foreign Affairs’ new headquarters. It was a pleasure to work with our local partners on this landmark project in a country and region where we have such strong relationships.” 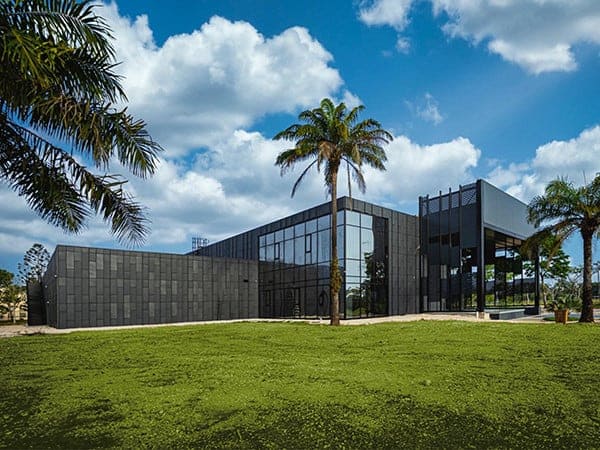 Oliva added: “It is nice to think that steel from Dorset is now on the other side of the world having travelled more than 5,000 miles by sea. Logistically, it is a tried and tested process with sections fabricated at our manufacturing facility in Christchurch, packed in shipping containers on site and then transported by road to the appropriate port for shipping.”

REIDsteel worked with International Environments, the leading design-build and architecture firm in Belize on the project for the Government of Belize. The 130-strong firm used 65 tonnes of steel, including 12 tonnes of cold-rolled steel, with products from its preferred supplier British Steel. Kingspan Dri-Design panels were used on the exterior. A total of 32 shipping containers were used to transport the sections to Belize where they were assembled by International Environments. Like REIDsteel’s other structures in the region, the new offices were designed to be earthquake and hurricane-resistant.

REIDsteel has completed many projects in the Caribbean and Central America over its 102 years of trading, including the $32.9 million Belize Dollars (£12.7m) Belize Civic Center in 2017.

Belmopan is the capital city of Belize and has a population of more than 20,000 people. Belize, which borders Mexico and Guatemala, is on the Caribbean Sea and gained Independence from Great Britain in 1981.

REIDsteel specialises in providing entire steel frame and building envelope solutions all under one roof.