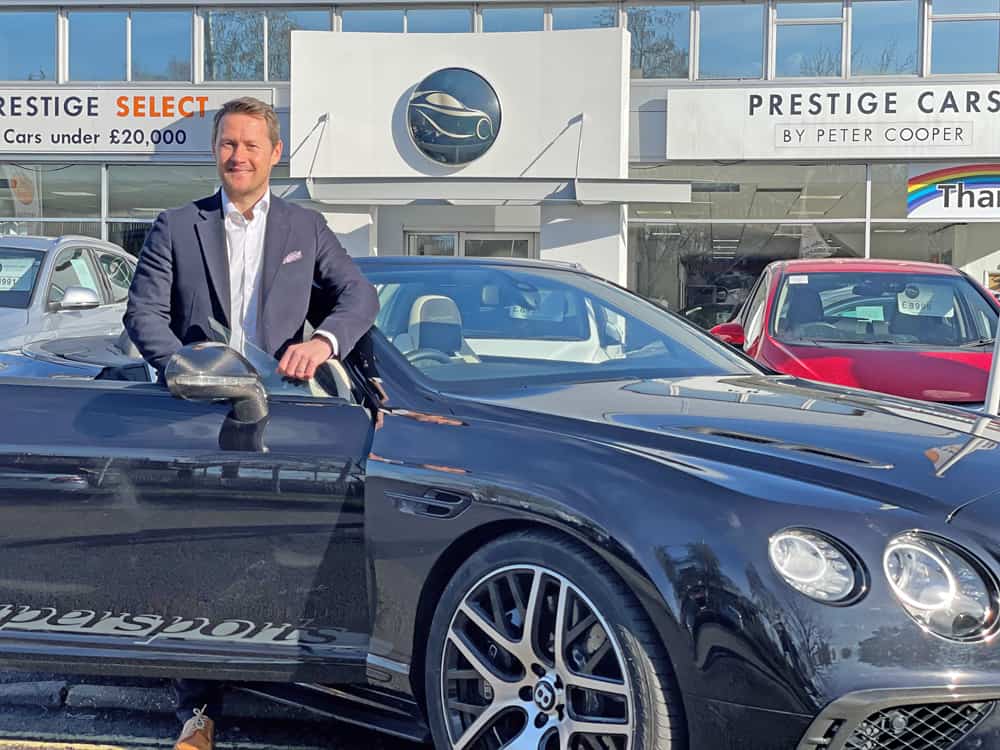 How many companies are born out of frustration? Probably not many. However, that’s the underlining truth behind the launch of Prestige Cars by Peter Cooper six years ago, which has become one of the fastest growing used car businesses on the South Coast.

When Darren Cooper (pictured), Managing Director of the Peter Cooper Motor Group, drives past one of his Prestige Cars dealerships, it’s a constant reminder of backing his drive to be better as a motor retailer. Darren recalls how the business started.

"The Peter Cooper Volkswagen Group was 35 years old at the time and a very successful retail motor franchise with four dealerships and a body shop across the South Coast. But we became frustrated with not being able to offer customers all makes and models of cars. We would often have customers saying they would love to deal with us for all the vehicles across their businesses or families, but couldn't as we represented one brand, albeit one of the best in Volkswagen. They'd often say they had to go elsewhere for a different make of car, so we lost their business.

"In 2015, we relocated our Hedge End Volkswagen operation on 'Cooper's' roundabout, to purpose built premises around the corner. Our existing showroom at Cooper's roundabout became the founding site for our new Brands, Prestige Cars by Peter Cooper and also Peter Cooper Leasing.

"The concept was simple. To cater for all customers – from 'Your first car to your dream car.' Hence, we stock cars from quality Ford's to Ferrari's, Mini's to Maserati's. You can buy a £5,000 Ford Fiesta or a £120,000 Ferrari. We also have a large range of family cars and 4x4s. Coupled with Peter Cooper Leasing, we can look after all our customers, whether they're considering a new or used vehicle of any make."

Darren has expanded the Prestige brand adding a Bransgore showroom in the New Forest in 2020, previously Think Cars, and also another site in Horsham, near Gatwick. He’s now looking at sites in Winchester and Chichester to further increase their supply to the market.

2020 saw over 2,000 used cars sold from Prestige Cars and they're set for another record this year as the used vehicle market has seen tremendous growth.

Darren added: "We have maximised this strong market by growing a reputation for being able to source almost any car a customer may desire wants, even if we don’t have it in stock. Added to that, we offer quality Independent Service and MOT Centres at every site, meaning customers have value for money service with a local brand they can trust.

"These brands offer superb value used cars, servicing, maintenance repairs and MOTs, coupled with the confidence of using the Peter Cooper Motor Group, a family company which has been successfully trading in the region for 40 years."

How the electric car market is accelerating at speed