Coach firm Lucketts Group has been shortlisted for a trio of awards as it continues to make a name for itself as one of the biggest and best independent coach firms in the UK.

The company, headquartered in Fareham, has been named as a finalist in two categories of the British Coach Tourism Awards and has also been selected as a contender for the Family Business of The Year Awards.

The accolades follow a highly successful year in 2018, during which Lucketts was named the large coach operator in the country at the Route One awards and won two pieces of silverware at the Solent Deals Awards.

Managing director Tony Lawman said: “We’re thrilled to be adding to the successes of 2018 with this latest trio of award shortlistings. It’s testament to the hard work of the entire team and the strength of the company within the market.”

In the British Coach Tourism Awards Lucketts has been shortlisted in the Coach Tour Operator of the Year (Large Fleet) and Day Excursion Programme category. Lucketts transports tens of thousands of passengers every year. Its varied programme includes a wide mix of trips, from tourist attractions and museums to more unusual experiences like cockney cruises down the Thames.

Director Ian Luckett said: “The company has a rich heritage and being a family-run business is something we’re very proud of. We’re delighted to be recognised among other family businesses across the UK.” 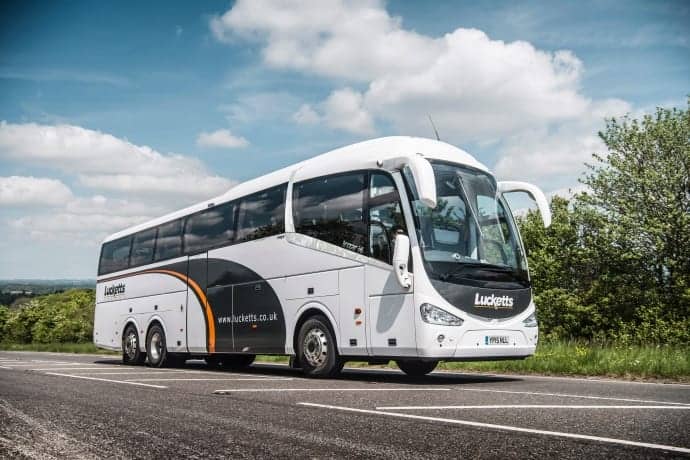