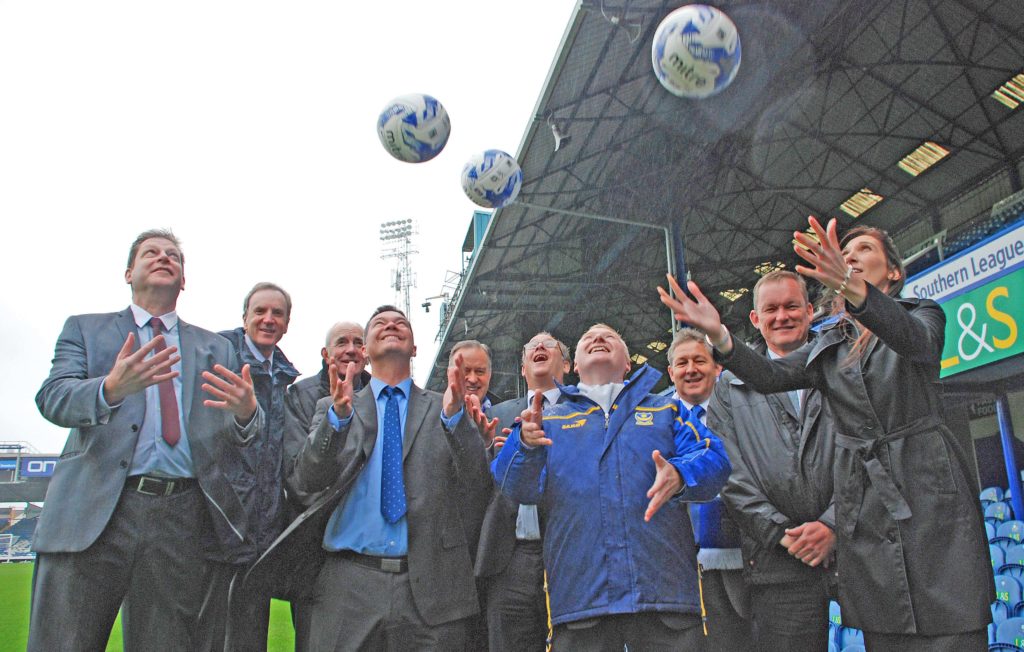 The PPA recently received a shares pay-out and donated the money to two youth football clubs in Portsmouth.

Hundreds of young footballers across the Portsmouth region are to benefit from the generosity of property professionals who received a shares pay-out from Portsmouth FC.

Nearly £2,000 has been gifted by Portsmouth Property Association (PPA) after cashing in shares in what was the largest fan-owned football club in England.

As part of a city-wide campaign to save the financially stricken club from liquidation in 2013, the PPA formed two syndicates, with 20 members contributing £100 each.

Pompey Supporters Trust, which rode to the rescue of Pompey, sold the community club to private owners back in 2017, with the shares money recently returned to the PPA syndicates.

They each have 16 and 10 teams respectively.

Daryn Brewer is chairman of Hawks Community Youth, which was renamed following the recent merger with Havant and Waterlooville FC and Padnell Rovers Youth Club.

Both clubs will earmark the money for an array of purposes, such as new kit, footballs, training equipment and medical bags.

Gary said: “Our under-13s will be proudly wearing the PPA logo on new team shirts, for example. The donation from PPA is gratefully received and gives pride and purpose to players.”

Daryn, whose co-living property company Propods is a PPA member, said: “The donation is about a new brighter pathway for our youngsters at grass roots level, making them feel part of something much bigger.”

PPA stalwart Neil Hawkins, one of the syndicate members, said: “Rather than keep the shares money, members wanted to plough it into grassroots football, where it belongs.

“What has emerged from all of this is the immense loyalty not just to Pompey but to the city region and to all the youngsters who love playing football but have missed out on many months of training, skills and matches because of the lockdowns.

“We know the money will be put to good use – two of our members are in charge of local football teams and will be reporting back on the positive difference the donation of nearly £2,000 has made.”

He added: “Our shareholding was very much a vote of confidence in the club’s future, and this has proved to be the case. That shareholding has not only helped the club but will be unleashing potential for the new generation of football players.”

Members of the PPA, which marked its centenary in March 2020, include estate, lettings and property management agents, commercial property agents, chartered surveyors, accountants, solicitors and bankers.

Portsmouth FC, formed in 1898 and at the same home ground of Fratton Park since 1899, plays for the fifth successive season in EFL League One.