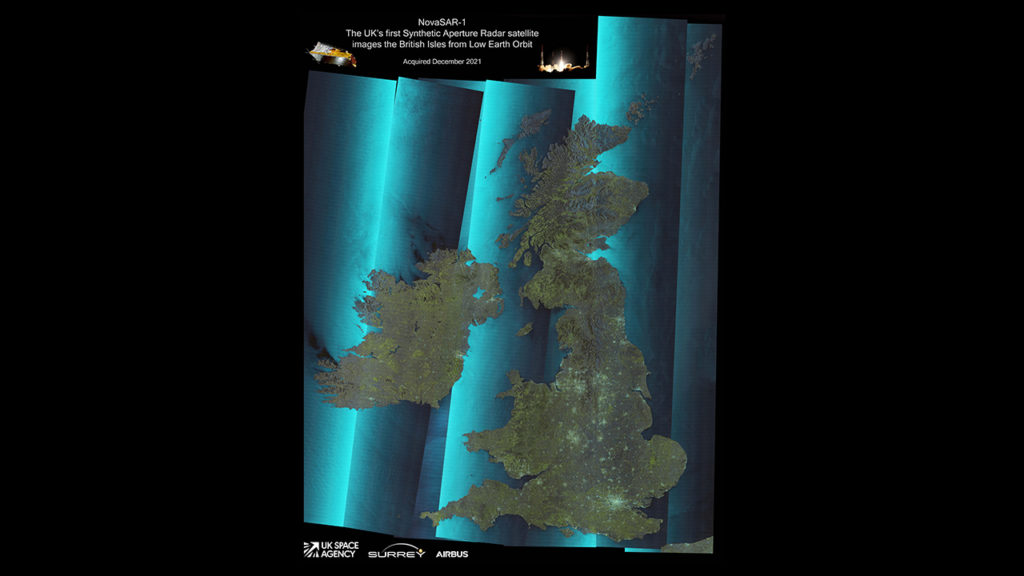 A satellite manufactured in the South East has captured one of the most defined images of the UK from space ever taken.

Surrey Satellite Technology Limited's (SSTL) NovaSAR-1 satellite took seven images in December which have now been processed and stitched together to form a mosaic which covers 685,000 square miles which includes Britain and its surrounding sea.

The image captured in December gives a crystal clear picture of the UK with the country's airports, key bridges, lakes and national parks clearly visible.

A spokesman for SSTL said: "NovaSAR-1 has been optimised with three additional imaging modes, including a six metre resolution imaging mode, for a range of other applications, such as flood monitoring and agricultural and forestry applications. "

NovaSAR-1 is the first SAR spacecraft to be manufactured entirely in the UK with key components manufactured by Airbus Defence and Space in Portsmouth.