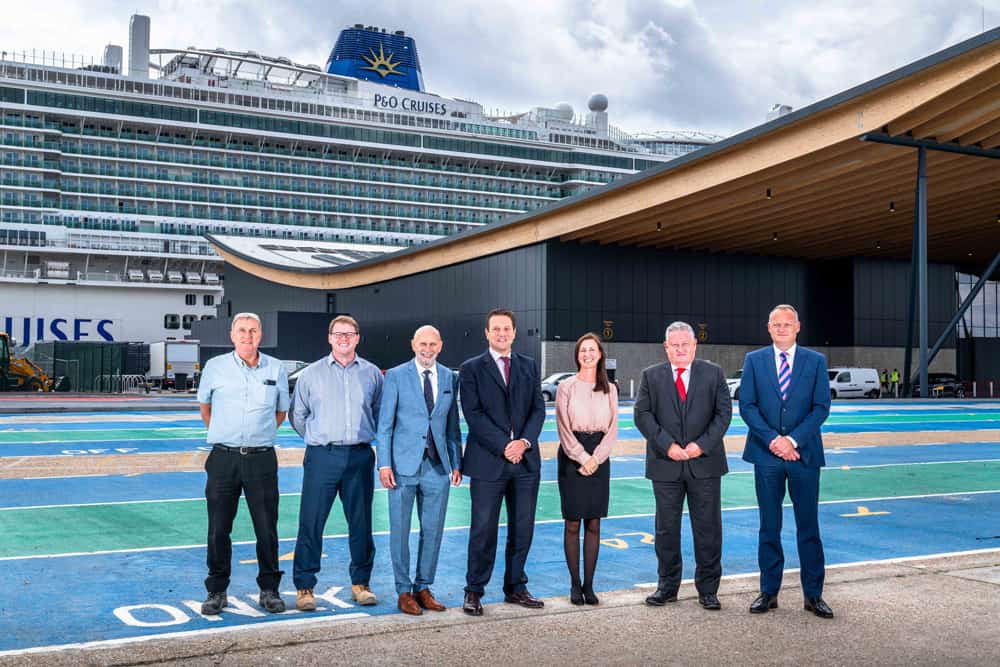 Hampshire-based Brymor Construction, which built the flagship Horizon Cruise Terminal in Southampton, is backing the cruise industry to bounce back.

Brymor Construction directors and the project management team behind the £55 million development for Associated British Ports were given a tour as the first ships began to return.

The £85m turnover firm is targeting more growth in the cruise and maritime sector following the success of the Horizon Cruise Terminal at Western Docks, and after the Government lifted restrictions on international cruises after a 16-month break.

Stephen Morton, Chairman of 150-strong Brymor Construction, said: "Cruise was among the sectors worst hit by the pandemic so the long-awaited return of ships to Southampton is truly encouraging. Our visit was the first opportunity for many of our directors to see the world-class Horizon cruise terminal in operation alongside the many other developments we have worked upon at the port.

"It (...) gives us further faith in the sector’s ability to bounce back as well as our own ambitions to target growth in the cruise, ports and wider maritime sector."

Brymor, based at Denmead in Hampshire, has completed more than 10 projects at the port of Southampton, with the Horizon terminal its largest to date. The development – with an iconic wave shaped roof – is leading the way in the next generation of world-class cruise terminals. Its sustainable features include 2,000 roof-mounted solar panels and shore power connectivity allowing ships to 'plug in' while alongside.

According to cruise industry statistics, the sector was worth an annual £10b to the British economy and supported 88,000 jobs pre-pandemic. Southampton is Europe’s leading cruise turn-around port, worth £2.7m to the local economy and supports 14,000 jobs in the Solent area. Domestic cruises were allowed to restart in May and international voyages were given the green light at the start of August.

Stephen Morton founded Brymor with wife Jan in 1987. With 150 employees and a £85m turnover, Brymor is one of the UK’s largest independent regional construction companies. Its headquarters is in Denmead, near Portsmouth, Hampshire, and it has a regional office in Poole, Dorset.

It operates in a wide range of sectors, including education, healthcare, hotel and leisure, façade rectification, infrastructure, commercial and industrial, defence, heritage, housing and retail.

The company provided design and construction services to ABP as main contractor for the Horizon terminal.