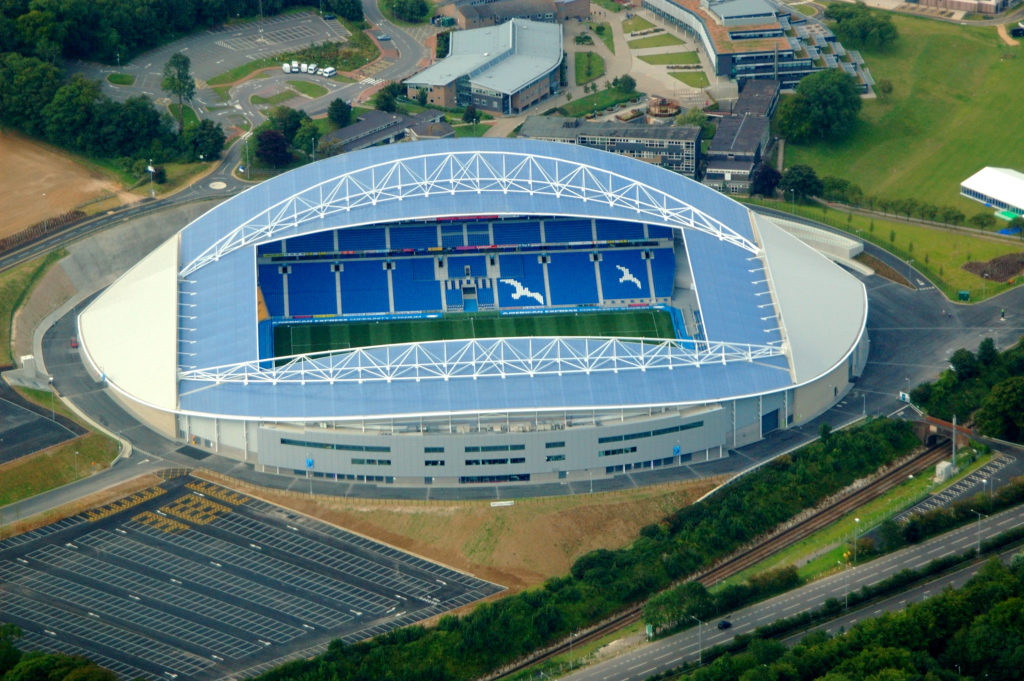 We talked to Kieran Maguire, British academic, author, and broadcaster - and author of The Price of Football - about exactly what Brighton are doing right.

Premier League football clubs continue to feel the reverberating cost of the pandemic, but some teams weathered the lack of matchday turnouts better than others.

It’s not cheap to survive in the Premier League, but what is it about the current Brighton setup that allowed them to minimise their losses in a period when others were suffering so heavily - and how did they go on to improve their standing as the 2021/22 season ends?

At Brighton, financial tenacity begins at the top and their Chairman - entrepreneur Tony Bloom - has an astute history of data management that clearly feeds into the club.

A former city trader and professional gambler, his keen eye for financial management is evident.

Having bought Brighton in 2009, the owner oversaw improvement and then promotion from the Championship under former manager Chris Hughton.

After Hughton’s side faltered in the 2018/19 season, only just surviving relegation at the season’s end, Bloom brought in young, up-and-coming manager Graham Potter who has made marked progress, with Brighton poised to finish the 2021/22 season between 12th and 8th place at the time of writing.

"From a fan’s point of view, we see Tony Bloom at matches. He’s the most unassuming guy you could find - you’ll often see him catching the same train as fans. I don’t think that would happen with the Glazers! He’s very popular with the fans. He’s a fan first rather than someone looking for a financial return."

READ MORE: Two experts give their view on the financial impact of Reading avoiding relegation

There’s also a very clear recruitment strategy at Brighton that brings in huge returns on young talent. “We don’t know how much crossover exists between Brighton’s recruitment strategy and the data that is generated by other elements of Tony Bloom’s business, but it’s quite clear that Brighton are positioning themselves as a development club”, Maguire says.

“The targets are younger players in the mid-tier market in terms of prices. If they are successful, the club won’t stand in their way. For example Bissouma came from France for nine or ten million, has been there for three years and is likely to be sold for 40 million this summer.”

This intelligent scouting system - identifying European players with strong metrics - brings fantastic returns when the players move on and Maguire says the strategy goes hand in hand with the development of the academy.

“The club also uses the loan market significantly to assist in player development” says Maguire.
“Lots of players will be bought for seven figure sums, then be loaned out to help with their development… a lot of care goes into determining which are appropriate destination clubs. They do a lot of homework… and the academy is also punching above its weight.”

As fans, we often forget about the prize money returns from a team’s final position at the season’s end. A top half finish can yield big financial returns for clubs who manage to achieve it.

Potter himself has spoken about the importance of finishing as high up the table as possible, saying: "Absolutely there’s something to play for. You get the old 'well, they're not really playing for anything,’ Apart from the £13 million prize money for the club!”

Maguire says that clever recruitment and investment in youth means that the pay-off for a higher finish is where Brighton find some of their profits.

“Bloom has said that his target with the club is to be challenging for top ten places on a long term basis. If you look at the playing budget, the wage budget is bottom six [of all spending by Premier League clubs] so therefore they have to be a bit smarter. If they achieve their objectives… then the financial rewards will come.”

With the unassuming Bloom as the club’s figurehead, the sense of community spreads from the club to the supporters, with Seagulls fans among the Premier League’s most optimistic at the way their club is run. Season ticket prices for 2022/23 have been frozen - always music to fans’ ears - and additional benefits have been added for holders.

What’s more, according to Maguire, the benefits of a top half finish won’t only be enjoyed by those on the pitch.

“I believe it’s been reported that if they do finish top half, it’s not just the playing staff that’s incentivised - every employee will get some form of bonus. And that’s because of the club’s philosophy, which comes from the top. If everyone has a smile on their face… it’s marginal gains.”