Red Funnel and Steve Porter Transport Group have revealed record growth figures as their partnership continues to boost the Isle of Wight economy.

Red Funnel has enjoyed a record 2016 after seeing 5% growth in its freight carryings, resulting in the company now transporting over 50% of all cross-Solent freight shipped by ferry - making it the market leader.

The relationship is also proving fruitful for Steve Porter Transport, with the firm seeing a significant upturn of 28% in its unaccompanied drop-trailer service since it first joined forces with Red Funnel in 2011.

Part of the success is down to Southampton’s port infrastructure and transport links. Quick access to the M27, M3, A34 and M4 and M40 corridors means the area is a popular location for distribution and logistics centres. Moving forward, Red Funnel is hopeful that its plans to develop its East Cowes terminal will provide the space to further grow the freight market in the short to medium term.

Kevin George, CEO of Red Funnel, said: “Our partnership with Steve Porter Transport has been tremendously successful for both companies. Between us, we offer competitive integrated solutions for businesses which have freight to ship across the Solent. The partnership also makes it easier for Isle of Wight firms to do business and this in turn helps underpin and grow the Island’s economy”.

Malcolm Gibson, managing director of Steve Porter, said: “Our strong relationship with Red Funnel has provided the foundation for our significant growth since 2011, which we are obviously very happy about. Customers will continue to see the most competitive cross-Solent freight options as we expand our drop-trailer offering to supermarkets, retailers and organisations currently moving significant volumes of freight. We look forward to continuing delivering our high-quality service alongside such a prestigious organisation as Red Funnel." 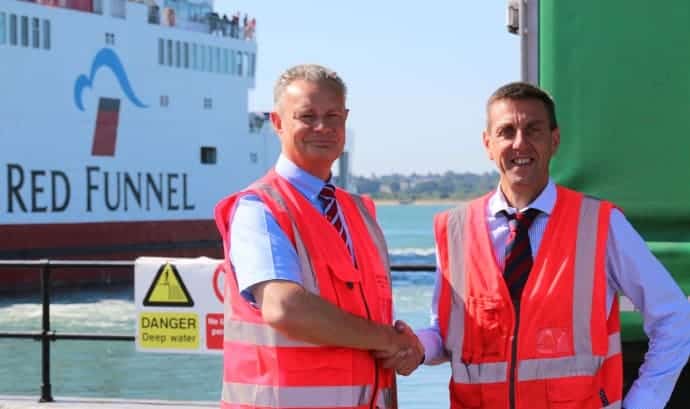