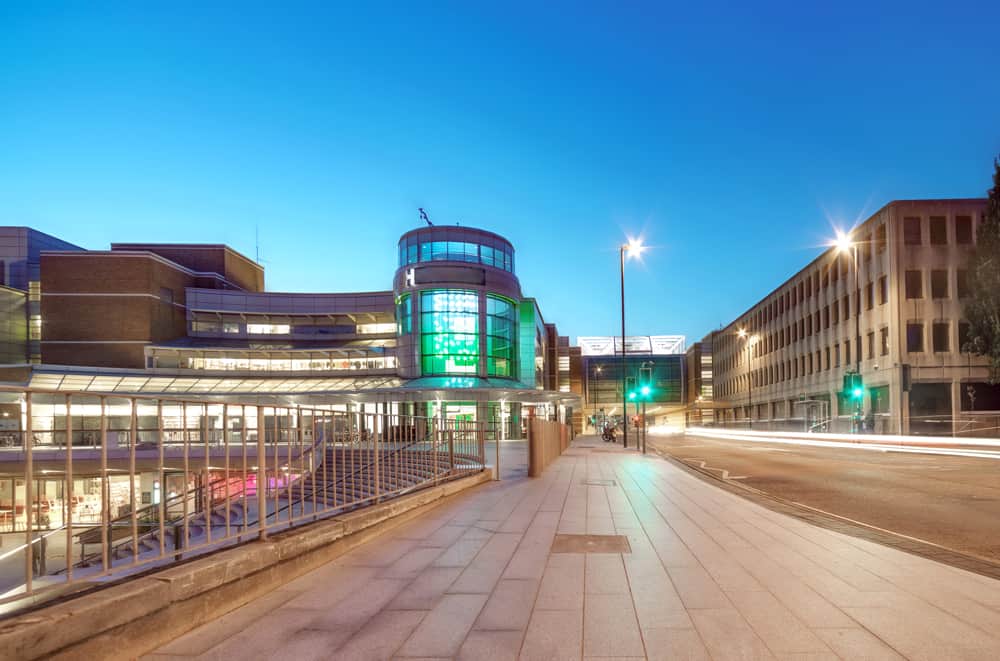 Law firm Paris Smith sees its support for Southampton's UK City of Culture bid as the perfect fit with its own commitment to the city. The firm’s managing partner Peter Taylor and the Bid Director Claire Whitaker OBE explain how Southampton and the local economy will benefit, win or not.

May 2022 could be a significant date in Southampton’s history. That’s when the Government will announce the 2025 UK City of Culture, after unveiling a ‘long list’ of six contenders in September 2021.

He added: “Culture is a catalyst for attracting investment and new and returning tourists, bringing people together, and defining and reaffirming a sense of place and local pride. In short, culture is a vital tool in this Government’s central mission: to unite and level up the country.”

Like many port cities, Southampton faces a range of economic and social challenges, so the inward investment and economic benefits that UK City of Culture status bring should make a significant difference to its future prosperity.

The bid is being led by Claire Whitaker, whose previous company, Serious, was involved in successful efforts by Hull and Coventry. “It is about culture in its broadest sense,” she said. “I have seen the benefits it brings to the winner and how the whole city can get behind the bid. In Hull, nine out of 10 residents were engaged and every street had a volunteer to support its bid.”

She continued: “A lot of funding is guaranteed when you win and this attracts further investment. For example, Coventry, the UK City of Culture 2021, has seen tens of millions of pounds in investment coming in. It is a prize worth winning.”

Paris Smith was an early supporter of the bid. Peter Taylor commented: “When we became aware of the bid we realised the tremendous synergy it had with our values and the benefits it could bring to Southampton and the wider region. It struck a chord with everyone at the firm, so it was a very quick decision for us to get involved.”

Whitaker’s career has been focused on the arts and culture. She was a director of live music production company Serious and was previously chair of the Royal Commonwealth Society.

She moved to the South West seven years ago, so is delighted to be championing a local cause.

“The South and South West have yet to benefit from having a UK City of Culture, so I’d say Southampton’s time has come,” she said.

She describes Southampton as a city of our times, with its focus on post-Brexit trade and its recently announced freeport. “National and international connections mean Southampton has so much to offer and so much potential.”

Details of the bid are being kept under wraps while the judging process is underway. A key part of the bid submission saw Whitaker’s team work closely with the University of Southampton and Solent University to organise consultation exercises.

“Despite the pandemic, we carried out what was probably the largest consultation the city has ever undertaken to understand what people need, to look at the opportunities and the challenges and then work out how we can address them,” she said.

What surprised her most in preparing the bid was the passion of people. “I hadn’t banked on just how brilliant the people of Southampton are. They are really open to this and willing to make things happen. I’ve seen the city come together to get behind the bid,” she said.

One of Whitaker’s earliest meetings was with Paris Smith. “The firm’s support is palpable and tangible,” she said. “They have a history of supporting the city so are a natural partner. We are absolutely thrilled to have them as a Premier Partner.”

As well as financial support, the firm is providing legal advice. “We know from the experiences of Hull and Coventry that having the right legal framework for creating a UK City of Culture is very important,” said Whitaker.

“It’s re-assuring to have Paris Smith on board,” she added. “They are well connected in the business community and have been really good at introducing us to potential bid supporters.”

As Taylor pointed out, Paris Smith has been in the city for over 200 years. “Our purpose is to enable our clients, staff and communities to thrive. We always want to play our part helping all of the communities where we live and work,” he said.

He reported that: “An overwhelming ambition among local business leaders is for the city to fulfil its objectives on a national and global scale, as well as ‘levelling up’ by creating a better environment for everyone to live and work.”

Taylor has been impressed by Whitaker and her team’s professionalism and experience. “Claire’s measured and balanced plan of action maximises the prospects of Southampton winning the bid,” he commented.

Paris Smith staff are excited to be involved in the bid process and many plan to volunteer their time if the city wins.

Businesses are being encouraged to support the bid through the membership-based Gateway Club, a business-to-business networking platform. Membership provides opportunities to network with international business leaders and develop influential business connections.

If the bid is successful, Whitaker hopes to continue in her role and retain her team, rather than hand over responsibility to a separate delivery team.

“We have built up trust across the city and developed strong relationships with people and businesses. I think it will be important to maintain that momentum. We want to integrate the bid process, the year as UK City of Culture and the legacy.

“If we win, I believe we will be able to do even more after the year is over. We see this as delivering a 10-year benefit to the city and region that has the support of all the neighbouring councils.”

Taylor highlighted the long-term benefits being UK City of Culture: “It will create a generational change for Southampton and the region. The legacy will be something everyone should benefit from, especially our grandchildren and great-grandchildren.

“In particular, we want Southampton to be a place where young people feel they can stay when they leave school because it offers so many opportunities to enjoy a great life.”

Whitaker added that the bid will make a lasting difference to Southampton and the local area – whether successful or not. “Many of the things we have learned during the consultation will influence how Southampton integrates its cultural offerings and also go beyond the culture dimension, for example, in supporting local businesses and communities.”

Find out more about the bid or how to get involved.