Research by top-10 accountancy firm Moore Stephens finds that food suppliers are still bearing the brunt of the ongoing supermarket ‘price war’, with 162 food-production companies having entered insolvency last year, more than treble the 48 insolvencies in the sector in 2010 and 11% more than just a year ago.

Moore Stephens says the context is the expansion of budget retailers in the UK market over the past five years which has put traditional supermarkets under even more pressure to cut prices in order to compete and survive. In consequence food producers have their profit margins squeezed by big supermarket chains trying to offer consumers the lowest prices possible while maintaining their own profit margins.

In the last month alone both Lidl and Aldi have revealed plans to expand their presence in the UK, forcing domestic supermarket groups to find extra savings in their supply chains in order to compete more closely with the discounters. This inevitably causes the other major supermarkets to ask their food producers to lower their prices. The competition will continue to heat up. Just this month, Sainsbury’s has announced a major review of its price discounting policies.

“With no end to the price war in sight, food manufacturers are finding themselves less and less able to subsidise the aggressive buying tactics of big retailers.

“It’s not just the pressure on the headline supply price itself. There are concerns about when that price will be paid. 120-day credit terms are commonplace, and supermarkets also demand unilateral deductions from prices for a company to remain on their suppliers list.

“Smaller, regional food producers often rely on one of the big chains as their main route to market. This often means their negotiating power is weak when it comes to the pricing and payment terms for their products, and many are going out of business as a result.

“With over 70% of what UK food suppliers produce going across the buying desks of the UK’s top-10 supermarkets, the buyer power of supermarkets remains enormous. There are ways and means to mitigate destructive buyer power but all too often suppliers don’t prepare themselves early enough to survive the onslaught of unrealistic pricing demands.

“The groceries code adjudicator recently issued its first censure of a supermarket for its treatment of suppliers, particularly regarding late payment and unilateral back-margin deductions – a long-anticipated move. However, as these unreasonable behaviours are prevalent throughout the supermarket sector, if the regulator is to begin to change these behaviours for the better, it needs to be prepared to show its teeth more often.” 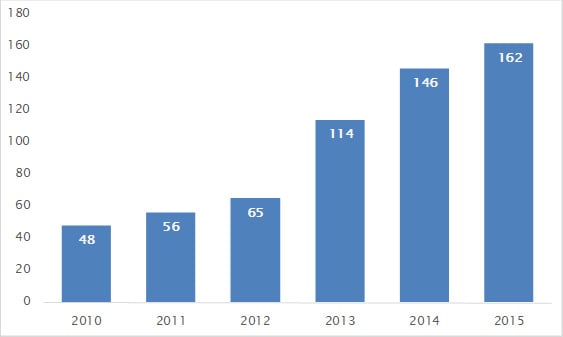