Spotlight: Robert A. Jensen on leadership, responsibility and crisis management 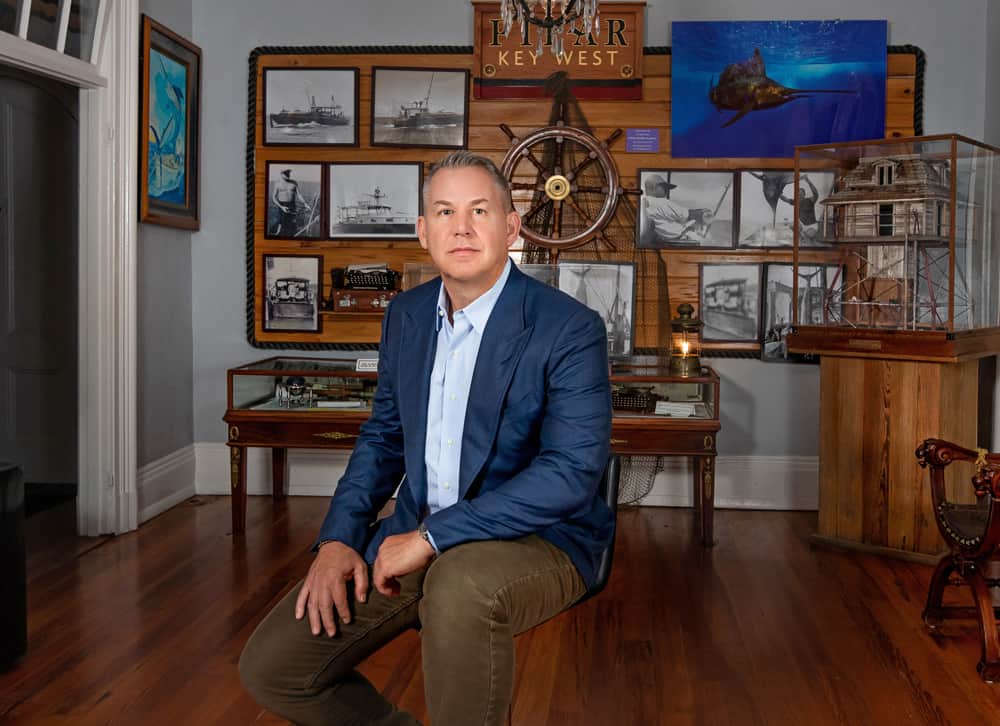 Crisis management expert Robert A. Jensen, chairman of Bracknell-based Kenyon International Emergency Services, leads teams in the most harrowing circumstances. Here, he offers his unique insight on leadership based on his experience in the police, army and disaster response work.

Kenyon is a global leader in its field, used by over 600 governments and businesses, yet is relatively unknown in its home town of Bracknell. It was established in London in the 1880s by undertaker James Kenyon, who started in disaster recovery following a fatal train accident in 1906 in Salisbury.

The title of Robert Jensen’s soon-to-be-released memoir sums up his mission in life: Personal Effects: What Recovering the Dead Teaches Me About Caring for the Living.

The chairman of Kenyon International Emergency Services is a global expert in crisis management and handling disasters involving mass fatalities. His work has helped bereaved families and survivors deal with the consequences of the Boxing Day Asian tsunami in 2004, Hurricane Katrina in 2005, the Haitian earthquake in 2010, the Manchester Arena Bombing in 2017 and many airline disasters.

In 2020, when Covid-19 hit New York City with a vengeance, Kenyon was called in to help with the recovery of bodies from residences in NYC and helped local authorities manage the surge in excess deaths.

After the Grenfell fire in 2017, over 200 Kenyon team members were deployed to assist in the aftermath of the tragedy. As a result of their work, Kenyon recovered, cleaned, restored or returned to the residents or their families over 750,000 individual items.

For Jensen, it’s always people who matter the most. “I hate to see needless pain or suffering. I can’t change the world, but I can do my part to help,” he said.

He doesn’t promise to bring ‘closure’ following a traumatic event but ‘transition’, so people learn to cope and move on.

Jensen has probably seen more fatality in the course of his life and career than one can imagine. As he writes in his upcoming book, “there are always shoes. No matter what the event – earthquake, flood, accident, fire, or bombing – the shoes are everywhere. Sometimes they are still attached; other times they are not."

"They are the personal treasures: wedding rings, heirloom watches, and eyeglasses; passports and pictures, journals, books, toys and favourite clothes that offer tangible proof people exist – or at least existed once – and were loved. They are the reminders of lives lived, the last glimpses of the people we knew, how they lived and how they died.”

Despite the sombre nature of his work, Jensen is a positive person. “I’ve seen a lot of death, both accidental and intentional. You can become jaded, but in life there is always a lot of good you can do if you choose to.”

The services Kenyon offers its corporate customers include victim care, consultancy, training and call centre support. It operates on a retainer basis and, like insurance, provides a product that companies buy but wish they won’t need. Indeed, on signing a contract Jensen tells customers he hopes he’ll never see them again.

But, if Kenyon is called on it acts as a close ally. “I take the role personally because I am not just selling a product like a car. I’m saying I will be there, standing next to you, as you talk to the families involved in a disaster,” he explained.

His experience in disaster response, advising companies and governments on managing crises and their aftermath, helps companies to manage the consequences, meet their responsibilities and preserve their reputations when disaster strikes.

The ex-US army commander brings a disciplined, yet discrete and seemingly relaxed approach to his management style. This is underpinned by leadership lessons learned from his time in uniform.

“I’m a ‘big picture’ person,” he said. “I make sure everyone knows what they are doing. Otherwise, it’s like having a jigsaw puzzle with lots of pieces but no picture on the box. I make sure people have the tools and resources they need to do their jobs, to complete the puzzle.”

He emphasises the importance of transferring his critical thinking skills to staff. “I want them to be able to do a better job than me because they will face newer and different challenges.”

Jensen’s leadership journey began as a reserve deputy sheriff in Fresno, California, before taking a US army commission. The police and army taught him the importance of context when making decisions, and his criminology degree introduced him to forensic science.

He served in numerous roles in the army and was on active duty in Bosnia in the 1990s, where he co-ordinated search, recovery, repatriation and fatality support plans. He was also involved in developing the army’s first joint manual for military mortuary affairs operations, which is still in use.

He left the army in 1998 for Service Corporation International (SCI), a leading US funeral services provider. At the time SCI owned the UK business and Jensen became Kenyon’s CEO in 2003.

What separates a good leader from a weak one?

Leadership, he believes, isn’t necessarily hard. “The tricky part is the responsibility and burden that comes with it.”

He frowns slightly when describing how weak leadership looks in action. “There’s a lot of writing and teaching on leadership but you also need the context. Many don’t seem to know how to learn, to analyse, to come up with their own hypotheses.

“You see people in senior positions in business behaving like they are in a school debating club – their logic and arguments aren’t valid and they’re just repeating stuff without any context.”

In crisis management, there are usually two main problems to solve: the initial response to an event and dealing with its longer-term consequences. “CEOs often want to talk about the first, but not the second,” he observed.

From Bracknell and around the world

The company’s small team of 25 full-time staff is based in Bracknell, Houston, Beirut and the Dominican Republic. The geographical spread of locations means Kenyon can respond rapidly to incidents around the world. Some 2,000 associates and specialists are on call, if required, to support customers in aviation, maritime, rail, universities and technology companies. Their expertise includes emergency planning, response training, crisis communications and family assistance services.

When he arrived in the UK, Jensen moved the business from Wembley to Bracknell as it needed extra office space and a large warehouse, where personal possessions are stored during the process of identifying who they belonged to.

“Bracknell is an affordable area to live, with easy access to the M4, M3 and Heathrow,” said Jensen who, pre-pandemic, spent about 250 days a year travelling.

Being resilient in the Covid-19 crisis

Jensen is using his crisis management experience to steer Kenyon through the coronavirus pandemic. In particular, he encourages his staff to be resilient.

I’m never off the clock

In 2007, Jensen bought Kenyon from SCI and ownership is shared equally with his vice-chairman, Brandon Jones, who is also his husband. Jones’ experience in HR management is an essential component in the business, while Jensen focuses on the operational side.

He smiles when asked whether he avoids bringing work home. “There is no work/life balance for me with Kenyon. I’m never off the clock.”

That said, when he does find some spare time, it is filled with activities that offer distractions from work. The list includes scuba diving, cycling, riding trails on his motorbike, and spending time on his boat.

Sitting back and relaxing – one day

During the pandemic, Jensen has been based at his home in Key West, Florida, but he is keen to return to the UK. Looking ahead, he is planning the company’s future with typical military precision.

"Over time, Brandon and I aim to phase ourselves out of the business so we won’t have to be there on a day-to-day basis. I’m now thinking of the next 20 to 30 years – when I don’t plan to be at my desk all the time.”

•  Acknowledge that disasters can happen – don’t keep your head in the sand.

•  Be ready to respond quickly.

•  Take control of your response – realise you might not be able to control the crisis.

•  Think about the consequences – base decisions on taking care of your business and its people.

What are Digital Nomads and why are their numbers on the rise?