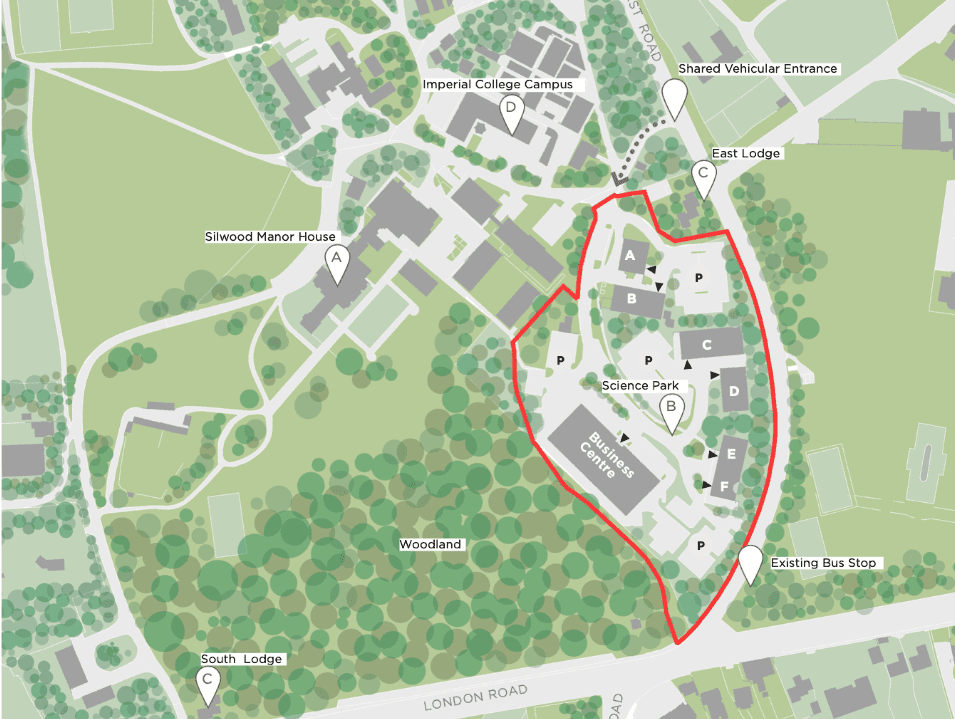 Known for being an international centre for research in ecology, evolution and conservation, Silwood Park is a campus of Imperial College based in Ascot.

Planners at the Science Park are proposing to build a three-storey ‘life science building’ and research centre that examines animals, plants, humans, and micro-organisms, as well as a cafe.

Once the scheme has been approved by the Royal Borough councillors, the existing Silwood Business Centre will be demolished.

In addition to their original plans, NSS IV (Real Estate) LLP is proposing to increase its current parking by 13 more spaces, while 45 of the bays will have electric vehicle charging points.

On the other hand, Ascot and Sunninghill parish have objected to these plans, saying they had ‘serious concerns’ about the building’s increased height and how that would restrict the green belt’s space.

The proposal for the development stated that they would retain and enhance the landscaping as well as use environmentally-friendly materials in the building, including heat pumps.

Royal Borough planning officers are in favour of the scheme and stated that the prospect of employment opportunities and its education provision outweighs the potential risks.

On wednesday 2 March, the Windsor and Ascot development management panel will make their decision regarding the ‘life science building’ plans.