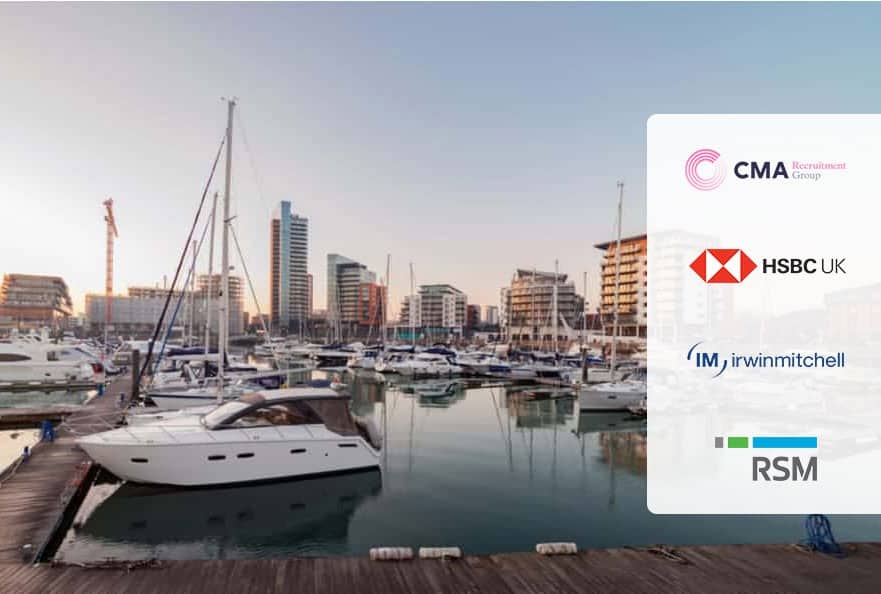 Business leaders constantly deal with challenges on both a micro and macro scale. Among other current challenges, climate change is now on the agenda for most businesses. The climate crisis has far-reaching implications, from the health and livelihoods of global populations to lasting effects on the political and economic landscape, both domestic and international.

In the latest Solent 250 webinar, RSM’s Simon Hart, lead International Partner, and Tom Pugh, RSM’s Economist, explored the latest economic position, gave their forecast for businesses into 2022 and reflected on the progress made at this year’s Conference of the Parties (COP26).

Hart has been a speaker at Solent 250 events over recent years, giving his views on Brexit through to general geopolitical issues, including his entertaining Solent 250 presentation with RSM UK Chief Economist Joe Brusuelas. As a Board member of the RSM International network, he works closely with colleagues across the globe, on initiatives to enhance the support and services that RSM provides UK organisations that are expanding their business operations internationally.

Pugh provides insights aimed primarily at a middle-market business perspective. He works closely with RSM partners across the UK, as well as with colleagues in the US to monitor how changes across the pond could affect the UK. He has worked for HM Treasury and, most recently, spent eight years at Capital Economics covering commodities and the UK economy in the wake of Brexit and the onset of the pandemic.

Pugh opened with an overview of a number of key metrics, and said global growth is being held back by shortages of materials and labour, supply chain issues, as well as high inflation and a resurgence of Covid-19 cases, especially in Europe.

“The UK economy is almost back to pre-pandemic levels. Unsurprisingly, the healthcare sector is doing well and the transport sector relatively poorly,” he said.

Some pandemic-related impacts will be temporary and others permanent, for example, employees not going to offices five days a week. “The economic impact will be felt over the next few years or even decades,” he said.

As well as Covid-driven labour shortages, the UK is contending with Brexit-related labour issues, which could linger as the Government does not favour increased immigration.

Pugh said there are signs that supply chain disruptions are now starting to ease, although backlogs will remain. “Hopefully, it means that things have stopped getting worse and will start getting better soon,” he said.

On inflation, he pointed out that October’s 4.1% rise was largely due to higher energy prices and the rising cost of new vehicles, which are in short supply.

Regarding employment levels, a strong bounce-back is a testament to the success of the Government’s furlough scheme, he thought. Pay growth has been good, but he warned that ‘real pay’, which accounts for inflation, could leave workers not much better off in 2022 as they were in 2021. “Disposable household income is probably going to fall next year,” he noted.

A saving grace for the economy has been the huge level of savings during the pandemic. “What matters now is that consumers are confident enough to splash out over Christmas and the latest data suggests that they are,” said Pugh.

Overall, growth could slow over the winter and into the first quarter of 2022. “More of a foot off the accelerator rather than a slamming on of the brakes,” said Pugh. “In the second half of 2022 and into 2023, with supply chain disruptions gone and wages growing, economic growth should pick up quite strongly.”

On interest rates, Pugh joined many other analysts in predicting a rate rise in December, however, his prediction was lower than financial market expectations of 1% by the end of the year. “That feels a bit punchy for me. I think it could be closer to 0.5%.”

He pointed out that real rates will remain negative, which is conducive for businesses to increase investment levels. “The demand for investment will be huge of the next couple of decades,” Pugh predicted.

On the topic of investment, Hart went on to look at how businesses are changing their priorities against the background of the climate emergency, particularly after the recent COP26 climate change conference. He said:

However, RSM’s survey also found that a lot of businesses have yet to do anything about investing to reduce their environmental impact.

Although energy prices are rising, Hart highlighted the fact that the proportion of renewables in energy production is going up, particularly from wind and solar. “The proportion will continue to rise as the cost of renewables becomes cheaper,” he said.

If the UK is to reach its target of being net-zero on carbon emissions by 2050, then a lot more action is needed – but momentum for change is growing, Hart explained: “Pressure is coming from staff, customers, the supply chain and the general public.”

The Government’s role is likely to be a combination of incentives and penalties, through the tax regime. The areas to address are heat and industry, power and transport. “The main reductions in energy use in the next 15 years are expected to be mainly from transport and heating-related areas,” he said.

Globally, it will take developing countries longer to switch to renewables. “That means businesses will look at where their products are being sourced, whether suppliers are ethically and environmentally aligned with their own metrics on climate mitigation,” he said.

Actions being taken by organisations isn’t sufficient, he suggested. For example, switching to LED light bulbs is the top action most have done so far.

“According to our survey, other actions businesses are taking includes switching to new technologies, such as the cloud, to reduce outputs, reassessing international operations and expansion plans, looking at moving vehicle fleets to electric and changing energy sources,” he said.

The cost of acting is seen by some as a stumbling block but, as Hart emphasised “In the longer term there is nothing more important in terms of businesses surviving.”

The place to start is to make a climate risk assessment. “But the Office for National Statistics found that most businesses have made no assessment, which is quite shocking,” said Hart.

Tackling the climate emergency needn’t be a drag on economic growth. In fact, the opposite should be the case. “Reducing our carbon emissions will not affect GDP growth,” said Pugh. “By the late 2020s and early 2030s, the economy could be 2% bigger than it would otherwise be if nothing was done to reach net-zero carbon by 2050.”

Hart ended the webinar with a question for the audience about how economic growth is measured. Is GDP still relevant in an age of climate change? “Take the example of a 200-year-old oak tree. Economically, it is worthless to GDP until it is chopped down and used. Yet trees play a vital role in managing climate change.

“So, if we are serious about tackling the climate emergency, should we acknowledge that GDP is an outdated form of measuring the economy? After all, it does not measure wellbeing, living conditions, lifestyle issues and general happiness.”