South East manufacturers are accelerating as growth prospects become significantly more positive for the rest of the year, according to a major survey published today by Make UK and business advisory firm BDO. 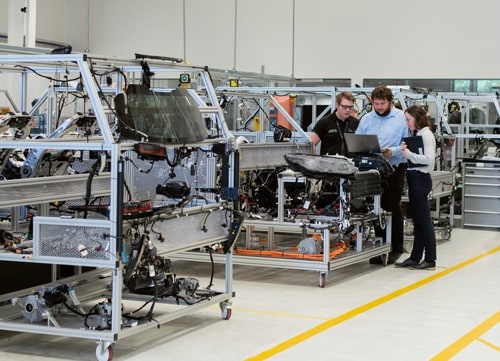 Having seen a brutal 10% decline in output in 2020, the sector in the UK overall is now set to recover a significant amount of that loss in 2021 and outpace the growth of the economy overall.

In particular, total orders were very strong for South East companies in the last quarter, with both UK and export orders picking up significantly. This pick-up in demand has led to an increase in recruitment intentions with job prospects in South East manufacturers improving dramatically as firms seek to meet demand.

According to Make UK, the South East is likely to have benefited from strong demand in the electronics sector where the region has a strong presence, as well as the opening up of the hospitality sector given the food and drink sector is the third highest contributor to output in the South East.

Investment intentions by South East companies have also jumped to the highest levels of any UK region, helped in part by improved growth but also the introduction of the super-deduction tax in the Spring Budget by the chancellor.

However, Make UK stressed that the figures are reflecting a recovery from a very low base with balances last year reaching record lows worse than those seen during the financial crisis.

Between 2019 and 2020, the manufacturing sector lost approximately £18 billion in value which will take more than a short-term boost of pent-up demand to return the sector to its pre-pandemic size. Yet, Make UK forecasts do suggest, assuming vaccine effectiveness is strong, that manufacturing output levels will return to pre-pandemic levels by the end of 2022, earlier than previous forecasts had suggested.

As a result of the surge in growth, Make UK has upgraded its growth forecast for manufacturing from +3.9% to +7.8%, ahead of its forecast for GDP overall of +7.5%.

Jim Davison, region director Make UK in the South East said: “Manufacturing growth is now firmly accelerating as restrictions have been eased and economies around the globe have started to open up. Looking forward, there seems no reason to believe that this will not continue assuming the shackles come firmly off in the second half of the year.

“However, given we are coming from a very low base, worse than during the financial crisis, we have to bear in mind that there was bound to be a rubber band impact this year. Furthermore, for some sectors such as aerospace the limited prospects for international travel in the near future means they may struggle to return to normal trading for some time.”

Mark Hutton, head of manufacturing at BDO in the South East, added: “South East manufacturers have fought hard to recover from the brutal impact of the pandemic and have made great strides since the start of the year. With investment levels higher than any other UK region, it appears the Government’s introduction of the temporary super-deduction tax has provided the incentive that regional manufacturers needed to bring forward their investment plans.

“We know targeted tax policies can have a huge impact but, with the melting pot of challenges ahead around supply chains, availability of basic commodities and rising inflation, we need the Government to look at longer-term strategies to allow the sector to build back better and confidently invest over the next 10-15 years.”