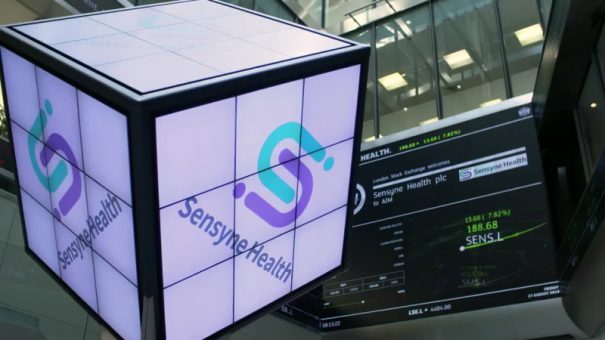 BAE System's contribution to the UK economy is revealed, Sensyne Health on the brink of collapse and new Carnival Cruise ship arrives in the Bahamas.

BAE Systems supports 143,000 British jobs and generated more than £10bn for UK GDP in 2020, according to research by Oxford Economics, which is the equivalent of 0.5 per cent of the entire British economy.

The company employs 35,300 people in the UK and the study revealed it supports 12,300 jobs across Hampshire, Dorset and Surrey, with 5,160 people employed directly at its sites, with the vast majority based in Portsmouth.

Stocks in health data company Sensyne Health fell by 73% on Friday after it warned that it could run out of money by February unless it could negotiate an emergency loan.

The AIM-listed tech start-up, founded by former science minister Paul Drayson, is in talks with investors to raise the £5m needed to allow the Oxford company to continue to trade.

Sensyne Health has access to a total of 12.9m anonymised UK patient records.

Carnival Cruise Line’s newest and largest ship the Mardi Gras docked in the Turks and Caicos for the first time following the reopening the region's cruise sector.

The arrival is a welcome milestone for the Southampton headquartered firm which has seen trade ravaged by Covid restrictions around the globe.

The Mardi Gras arrived on the  archipelago last Thursday with with over 4,135 passengers and a crew of 1,673.

Reading FC's turbulent start to the season took another twist when the club released a statement announcing that it was removing the club captaincy from Liam Moore.

The Royals who currently sit fourth bottom of the Championship said the decision had been taken as Moore was determined to leave the club despite being "awarded one of the club’s most significant contracts".

The statement read: "Our club, together with its manager, is intent on selecting players in the first team squad who are dedicated to giving their absolute all to Reading Football Club. That starts with our captain. As a result, Moore will no longer be given the honour of our club captaincy."

All aboard for new Dovetail Games edition

Kent-based Dovetail Games has announced that it is releasing a new edition of the scenic North Wales Coast Line from Crewe to Holyhead with a version for Avanti West Coast and Transport for Wales on January 20.

Sussex-based Ceres Power Holdings PLC announced last week that it expects to raise its 2021 revenue and other operating income by 44% and has committed to entering the Chinese market.

The Horsham electrochemical technology company said it expects revenue and other operating income for the 2021 calendar year to be in line with previous guidance at £31.5 million.

Ceres Power said this was up 44% on the prior calendar year, with consistently high gross margin. In 2020, the company reported total revenue and other operating income of £21.9 million.