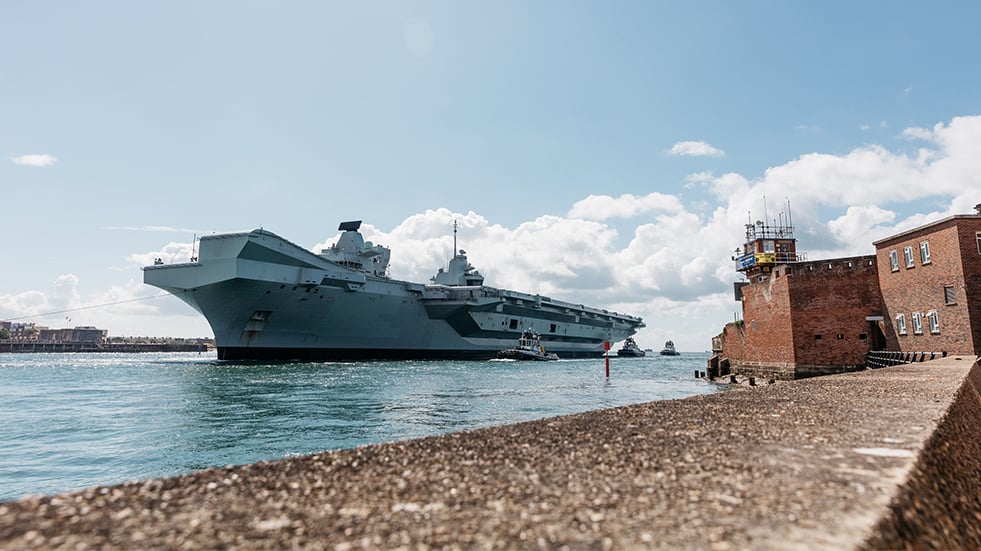 General Electric has submitted plans to set up a base in Portsmouth to support its work with the Royal Navy.

The firm runs power systems for Type 45 Destroyers, Type 23 Frigates and the two aircraft carriers which convert electricity from the National Grid for use by the Royal Navy.

Salaries for white collar professionals will increase by as much as 25% in the first quarter of 2022, as companies bouncing back after the Omicron-slowdown fight to hold onto their best staff.

According to the findings from the Robert Walters 2022 UK Salary Guide, professional services firms are planning to increase their budget for pay raises by 10-15% this year - the largest increase seen since 2008 and almost three times the inflation rate.

A study by travel extras company Holiday Extras, of 12,000 holidaymakers,  showed that 129 million trips by UK passengers have been lost to the pandemic which has cost the country's travel industry £100bn.

XP Power Limited, who have offices in Pangbourne,  said 2021 operating profit will "be modestly below the lower end of current market expectations" and flagged component and freight capacity uncertainties for the year ahead.

The developer and manufacturer of critical power control components to the electronics industry added it starts the "new financial year with a record order book, which provides excellent visibility through 2022."

Prince Charles has encountered planning opposition in his bid to build 2,500 new eco-homes on an area of Kent farmland.

The royal's Duchy of Cornwall estate wants build the green homes - which will be powered entirely by renewable energy - on the outskirts of Faversham in Kent.

Developer Quinn Estates is contesting the development on the grounds that the council has failed to properly consult the public while residents have submitted objections citing the impact it will have on wildlife and nearby roads.

Probe into SSE's sale of SGN

The UK's competition watchdog said on Tuesday it was looking into the potential purchase of a stake in Scotia Gas Networks (SGN) by Canada's Brookfield Asset Management.

SSE, which has offices in Reading, agreed in August agreed to sell its  33.3% stake in SGN for £1.23 billion  to a Canadian consortium of Ontario Teachers' Pension Plan Board and Brookfield Super-Core Infrastructure Partners.

Gama Aviation confirmed this week that  Chief Financial Officer Daniel Ruback has tendered his resignation The firm, which has a hub at Farnborough Airport,  said Mr Ruback will remain with the business to lead the 2021 year-end close and audit process, which is expected to complete in April.