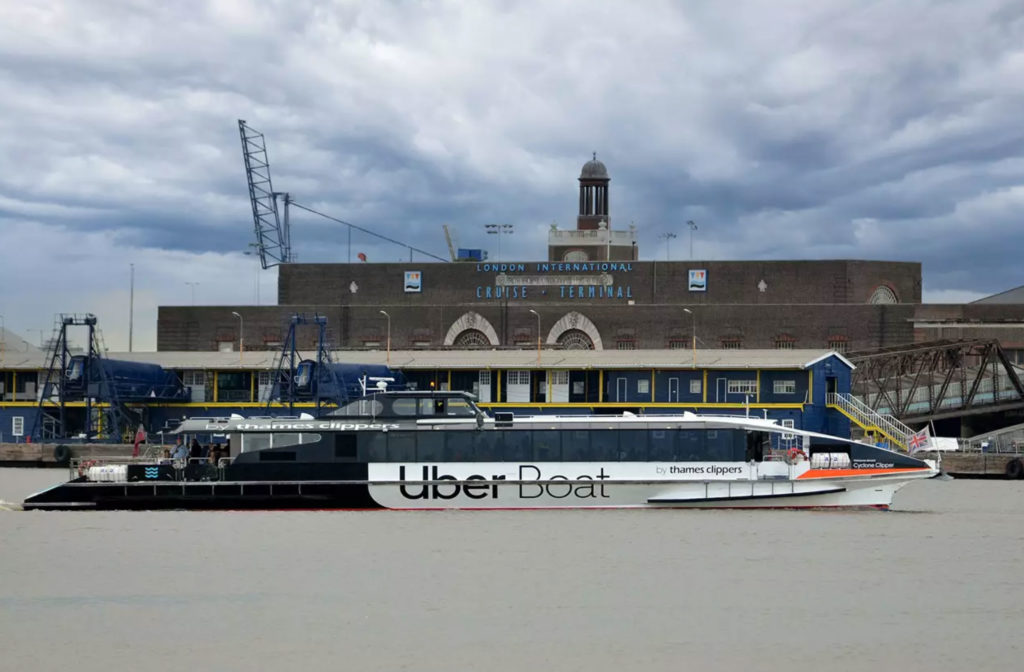 Uber-owned Thames Clippers has stepped up its plans to run a regular ferry from London to Kent, Oxford Nanopore has revised its revenue forecast upwards and Prodrive prove that biofuel can be used to power winning race cars.

Uber-owned Thames Clippers has agreed the sale of Gravesend Town Pier with Gravesham Council with the aim of providing an Uber Boat service down the Thames into London, according to KentOnline.

Once the sale is completed, Thames Clippers will take over the maintenance of the pier which is the oldest remaining cast iron pier in the world.

Thames Clippers currently operates routes between Putney and Woolwich however this new venture would be its first regular service outside of London.

Oxford Nanopore Technologies expects to to report core Life Science Research Tools (LSRT) revenue of above £120 million, up 83% from LSRT revenue of £65.5 million the year before.

FACT: Wightlink sold half a million cups of coffee in 2021

Caffeine-hungry passengers downed around 500,000 cups of coffee on its vessels last year.

Bahrain Raid Xtreme , whose car runs on fuel made by Banbury-based Prodrive, is making waves in the desert in Saudi Arabia.

The Prodrive Hunter, driven by Sébastien Loeb, won the second and third stage of the Dakar Rally over the weekend and became the first car to win a stage of the event powered by sustainable fuel.

The Hunter runs on Prodrive EcoPower, which is made from agricultural waste, reducing CO2 emissions by 80% compared to petrol.

A report by Oxford Economics says that households are likely to see a drop in their financial resilience this year, amid increases in consumer spending, inflation and higher interest rates.

The study predicts that consumers will spend savings accumulated during the pandemic but the decline will still leave the average household in stronger financial shape than before Covid-19 struck.

Kirkwood has spent four years at the roadside rescue service and has also held roles at British Airways and Expedia before moving to the Surrey-headquartered company.

He said: “I am thrilled to be joining Nurture Group as CEO and excited to drive the team on to achieve its goals. I hope to help the organisation to deliver important targets, not least the achievement of the net zero business status by 2030, an ambitious goal, but one which we believe is attainable with the correct investment.”

Peter Fane, current CEO of Nurture Landscapes, will continue to work full time at the company as executive chairman focused on growth and acquisition.

Denham-headquartered InterContinental Hotels Group has signed an agreement with Sun Hospitality Group to add four properties comprising a total of 2,709 rooms in Vietnam.

The deal will see IHG open hotels under its Crowne Plaza, Holiday Inn and Voco brands.Holiday Inn Resort Yoko Park Onsen will be situated in Quang Hanh, around a 30-minute drive to Halong City and 45 minutes to Van Don International airport.