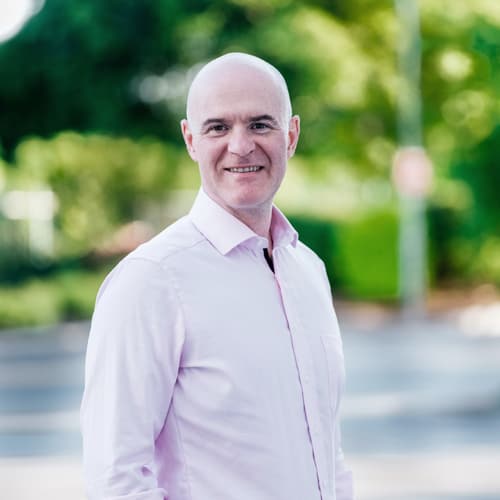 How many of us admit to ourselves we are experiencing significant trauma?

Business owner Malachy O’Connor’s 14 year-old daughter asked him this time last year: “Daddy, have you ever experienced anything like this before”. His response was a moment of self-realisation that many of us as business leaders should reflect on in respect of our own teams right now

O’Connor responded: ‘Yes I have actually, because I spent my teens living in Northern Ireland during the troubles. I experienced an extended period of fear and distrust of any people I might see in the street. I watched the news every night to see what damage had been done. I experienced restrictions on my freedom of movement. I understand only now that although I escaped being physically affected, I still picked up some mental scars as a bystander’’

O’Connor is director of Uspire Ireland, which is a newly launched addition to the Surrey-based Uspire Group. His words to his daughter helped me as a fellow business owner to stop and think.

We need, for ourselves and our teams, to pick up the pieces and heal the traumas just the same as anyone needed to in Northern Ireland. And if we don’t, then there will be a pay-back. Northern Ireland has the highest suicide rate in the UK and fully twice the rate in London and the Home Counties.

We started our own journey as a team at Uspire by hosting a podcast on this topic during the Spring and Summer of 2020.

We identified three main stages of trauma management: Awareness, Acceptance and Responsive Action. Take a look at our first Boostcast focusing on 'Accepting I'm not OK'.

We also conducted an online survey this May to see how people were feeling after a year of restrictions of movement. We found that 64% of respondents were feeling more anxious since the start of the pandemic. This increased to 68% for females who were absorbing the triple burden of working from home, schooling from home and a disproportionate share of domestic responsibilities. More than half are still worrying about the negative effects on their job security and spending power.

People talk about ‘zoom fatigue’ and feeling ‘always-on’. Nearly half report sleep disturbance and feeling tired all the time. And sadly, 45% of respondents felt that they couldn’t talk to anyone about it.

Whether you realise it or not, these respondents are your people. They are your leadership teams and your staff. As leaders, you might be starting to see brighter times ahead, but do you fully understand where your team’s heads are at? The risk is too high not to investigate. Anxious people have a narrowed field of view, they are less creative, they are less able to relate to other people. So how can you expect them to empathise with your customers, to solve the problems in your business and maintain a pipeline of new ideas and innovation?

Uspire’s response in our own team is to find opportunities to discuss each person’s observations, feelings and habit changes connected to the pandemic. And we tell each other to breathe more deeply and more consciously. Breathe between Zoom meetings rather than leap between them rapidly.

What can you do proactively with your team in terms of trauma awareness?

Mark Francis is an international speaker on ‘finding leadership’ and head of learning at Uspire.