Starbucks’ first worldwide franchise, 23.5 Degrees, based in Southampton, has secured a £17 million funding package from HSBC UK to expand its portfolio of UK cafes. 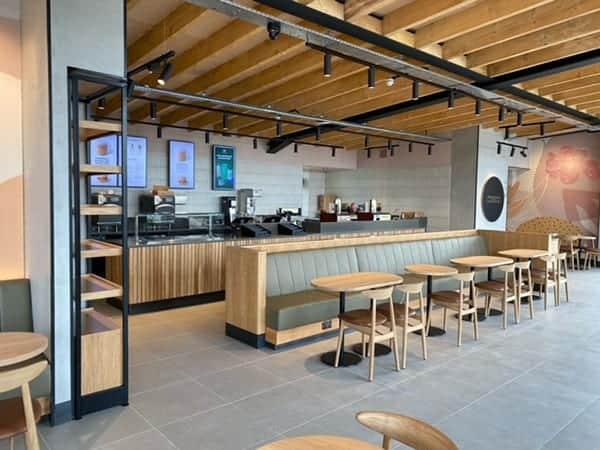 23.5 Degrees, based in Southampton, has secured a £17 million funding package from HSBC UK to expand its portfolio of UK cafes.

The seven-figure funding package will allow 23.5 Degrees to open more cafes around the UK, including Drive Thru sites in Sunderland, Bradford and Kings Lynn and creating employment across the country. The company is planning to open seven new sites in the next four months and aims to have 300 stores and 6,000 employees by 2027.

23.5 Degrees, the UK’s largest Starbuck’s franchisee, currently has 81 UK stores employing 1,300 staff and has contributed around £25m to the British economy in the last four to five years.

Luca Contardo, finance director for 23.5 Degrees, said: “During the pandemic we were able to open nine stores which led to 200 jobs around the country. Fitting out new stores is very capital intensive, with each opening costing upwards of a six-figure sum, but our HSBC UK relationship director, Sharon Murphy and her team have enabled our continuous growth to run smoothly.”

Gareth Evans, area director, Hampshire and Dorset, HSBC UK, added: “We are nation of coffee lovers, so it has been a pleasure to support the growth of 23.5 Degrees since the relationship began in 2017. They are a coffee powerhouse and it has been great to see the forward-thinking team grow and realise their ambitious growth strategy.”

23.5 Degrees is a key player in Starbuck’s growth strategy. The company has been growing rapidly since its first store opened in Liphook, Hampshire, in 2013. In 2015, the company doubled the number of its stores after purchasing 16 stores from Starbucks and in the following years switching to a Drive-Thru strategy, which has been a success ever since.

The business’s name relates to the fact that 23.5 degrees north and south of the equator is the world’s main coffee-growing area.