AAT (Association of Accounting Technicians) has warned small and medium-sized enterprises against the use of unregulated high-street accountants and tax advisers and urged the Government to go further to tackle this issue. 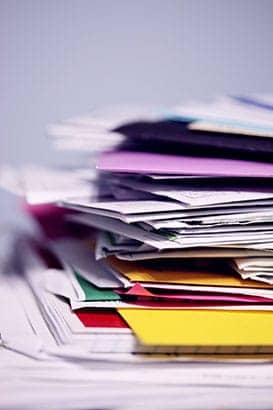 Examples of rogue behaviour encountered by AAT members in this area have included:

The Government is currently consulting on proposals to require unregulated accountants to hold professional indemnity insurance, which AAT has previously described as ‘inadequate’. AAT has responded to the latest HMRC consultation on raising standards in the tax market, arguing that the most effective, simple and fair means of addressing the problem of unregulated advisers is to oblige anyone giving paid for tax advice to be a member of a relevant professional body.

Adam Harper, director of professional standards and policy, AAT, said: “Small businesses are vital to the UK’s economic recovery following the pandemic. Yet many of them are still on a knife edge in terms of their viability – and poor advice from an unregulated high street accountant or tax adviser could plunge them into a dire financial situation, potentially leading them to shut their doors altogether. With our members’ survey showing the widespread impact that unregulated accountants can have on small businesses, we need the Government to take decisive action on this issue now. However, its current proposals that would require unregulated accountants to hold professional indemnity insurance simply do not go far enough.

“Mandatory membership of a relevant professional body for anyone offering paid-for tax and accountancy services would put accountancy on a par with professions such as nurses, architects and solicitors – all of whom must be a member of their relevant professional bodies – as well as lowering the number of agent-related complaints to HMRC and addressing issues such as money laundering and tax evasion. This would reduce costs both to individual taxpayers and to the Exchequer as a whole.

“In the meantime, we would caution small businesses to beware of unregulated paid-for tax advice and ensure that their accountant or tax adviser is a member of a relevant professional body, such as AAT. Doing so will help them to reduce the risks of costly financial mistakes that could significantly damage their business, as well as giving them a viable route to raise any concerns if things do go wrong.”

Last month a survey published by AAT found that almost six out of ten people (59%) were unaware that anyone can trade as an accountant or tax adviser without any professional or formal qualifications. The survey also revealed that over half of people who had used an accountant or tax adviser thought it should be compulsory for anyone offering paid-for tax advice to be a member of a relevant professional body. A second survey showed that three-quarters of MPs were also in favour of mandatory membership of a professional body for anyone offering paid-for tax and accountancy services. In addition, the survey of AAT members demonstrated overwhelming support with 93% agreeing with the same mandatory membership proposition.