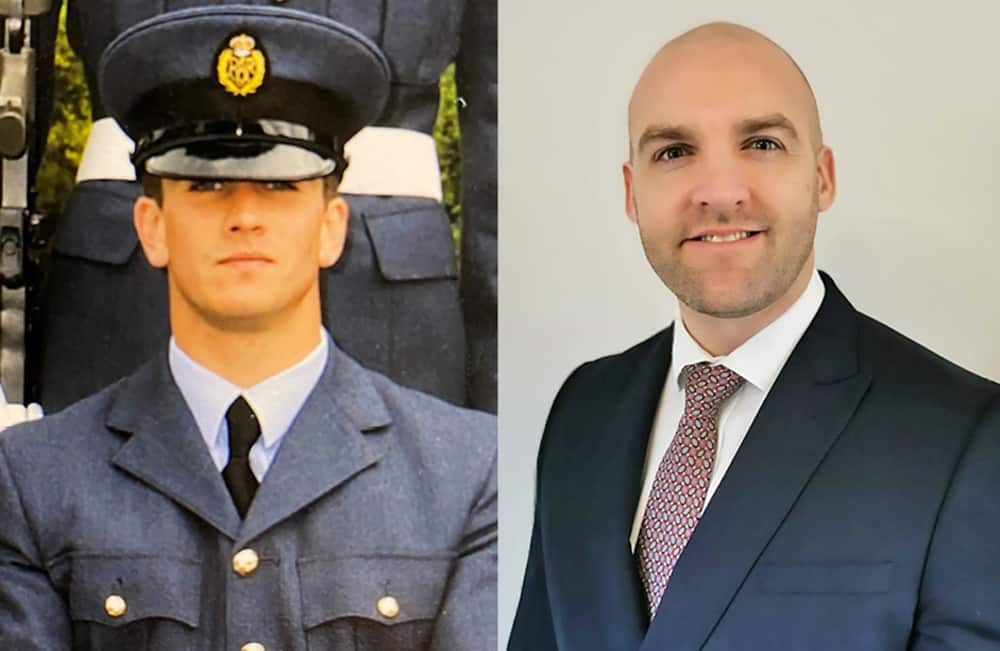 Barclays’ Military & Veterans Outreach programme creates opportunities for serving personnel across all the Armed Forces, supporting them as they transition into civilian life and highlighting the economic value these highly-skilled individuals can bring to the corporate world.

Arnold, who served as a commissioned officer for eight years in the British Army, has a special focus on the biotech, technology and energy sectors; while Wecki, a former RAF officer with eight years’ experience in logistical and personnel management, is responsible for supporting mid-corporate organisations with their banking requirements.

Both are strong advocates of the support Barclays has given them and believe their military background has stood them in good stead in their new roles.

Wecki admits that initially when he was planning his exit from the RAF he had no definitive industry he wanted to work in, but said: “I spoke to someone at Barclays who mentioned the military programme.

“The fact Barclays offered a work placement scheme for military service leavers where you could go in for 12 weeks and have a look at different areas of the business was very exciting.  I wanted to have the opportunity to do something different and the Military Talent Scheme really opened up those opportunities.”

“One of the Barclays speakers was ex-military and he really knew how to converse with people who were still very much set in the military way; but importantly they also brought on other non-military Barclays colleagues too.  That was the day where my journey into Barclays really started,” he said.

Arnold says working across various sectors of the business gave him the chance to decide where he would be best suited: “I think we both really had every intention of finding our way into a client-facing role where we could employ those soft skills that were directly transferable from our careers in the military.”

Wecki continued: “For a lot of military people, having been around the world communicating with different cultures on different levels of intensity gives you an air of confidence, so when we are speaking with CEOs or finance directors, we are very comfortable with the situation.

“For me, it’s great when a business comes across to Barclays and realises that what’s been missing previously is a real relationship with their bank, that we’re there to work alongside and support them, it’s not just a one-off approach to sell them something.”

Both are full of praise for Barclays’ mentoring and support, with Arnold describing feeling like an “absolute sponge” as he took advantage of all the information and experience on offer from colleagues.

He concluded: “I have to pinch myself regularly about how happy I am to be in this particular area, working in this industry and supporting the clients I support. The clients I am talking to and supporting are literally changing the world, developing vaccines, medicines, therapeutics, drugs, engineering…and that just amazes me on a daily basis.

“When you and the client come to the mutual realisation that this is a relationship you want to take forward, that you can add genuine value, that’s the best part of the job.”

Kevin Gartside, head of Military & Veterans Outreach at Barclays concluded: “While supporting our armed forces communities is absolutely the right thing to do and something we at Barclays are committed to, veterans represent an outstanding talent pipeline that adds huge value to our organisation.

“Their wide range of soft skills and in particular, their leadership and diversity of thought, is something that drives those around them to higher standards. Dan and Mark are two great examples of this and we are delighted they are thriving in their new careers.”

Barclays Bank PLC is registered in England (Company No. 1026167) with its registered office at 1 Churchill Place, London E14 5HP. Barclays Bank PLC is authorised by the Prudential Regulation Authority, and regulated by the Financial Conduct Authority (Financial Services Register No. 122702) and the Prudential Regulation Authority. Barclays is a trading name and trademark of Barclays PLC and its subsidiaries.

In a social care revolution Peak15 aims for new heights