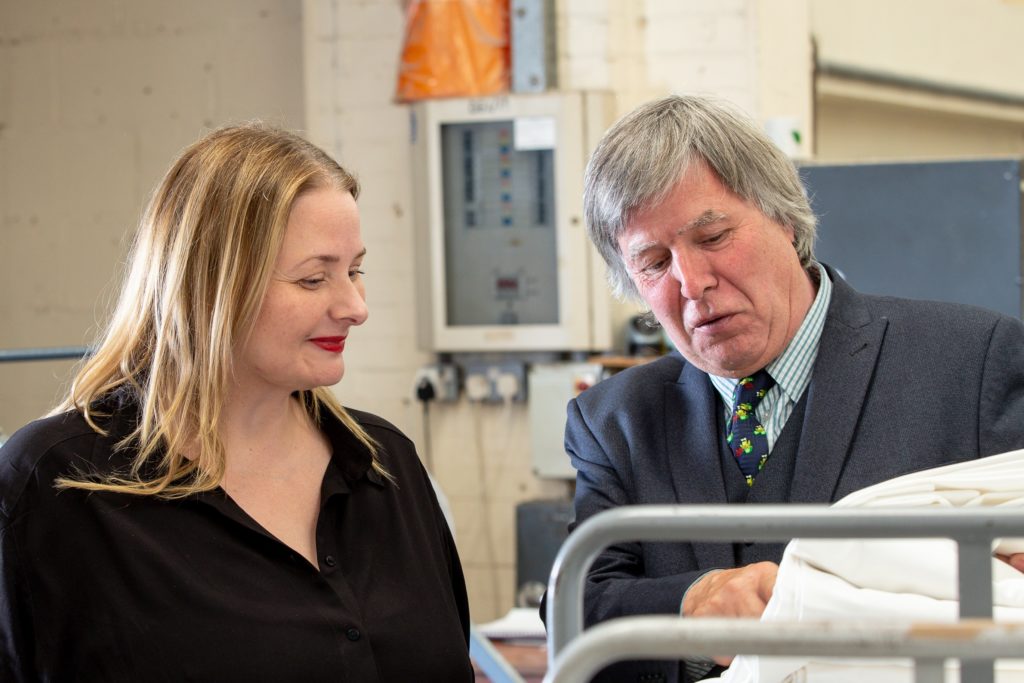 Based in Ramsgate, K Laundry was established in 1928 by the grandparents of current owners Clive Jones (pictured above with Jessica Painter of Watersheds) and family. It still operates from its original site.

Starting out in the domestic market, K Laundry transitioned to the commercial sector as domestic washing machines became more prevalent, serving the seaside town’s hotels and guest houses before expanding into laundry and linen hire for hospitality, private schools and manufacturers.

A major concern for Clive was the continued employment of his staff. This was one of the key factors which led Watersheds to introduce him to Essex-based Belmont Laundry.

Clive said: “Like K Laundry, Belmont is a family-owned company that serves similar customers and also strives for the highest standards of customer service,

“Ramsgate is an area of deprivation and preserving the jobs of those who have been so loyal to us was an absolute must for any deal.  Watersheds appreciated the importance of the human element if we were to sell, and we really appreciate the time and effort they took to find a match that met our ethical, as well as financial, requirements.  Engaging Watersheds was one of the best business decisions made in the 90+ years of K Laundry.”

Belmont, who were established by the father of current owner Mark Middleton 30 years ago, already serve much of the South Coast. The acquisition of K Laundry will allow them to further expand their operational area.

Jessica Painter, a partner with Watersheds, said: “This was our fourth laundry deal, and one of very many deals where the owners understandably have no experience of transactions such as this, so it was gratifying to be able to support Clive and get a deal in place that ticks all his boxes.”