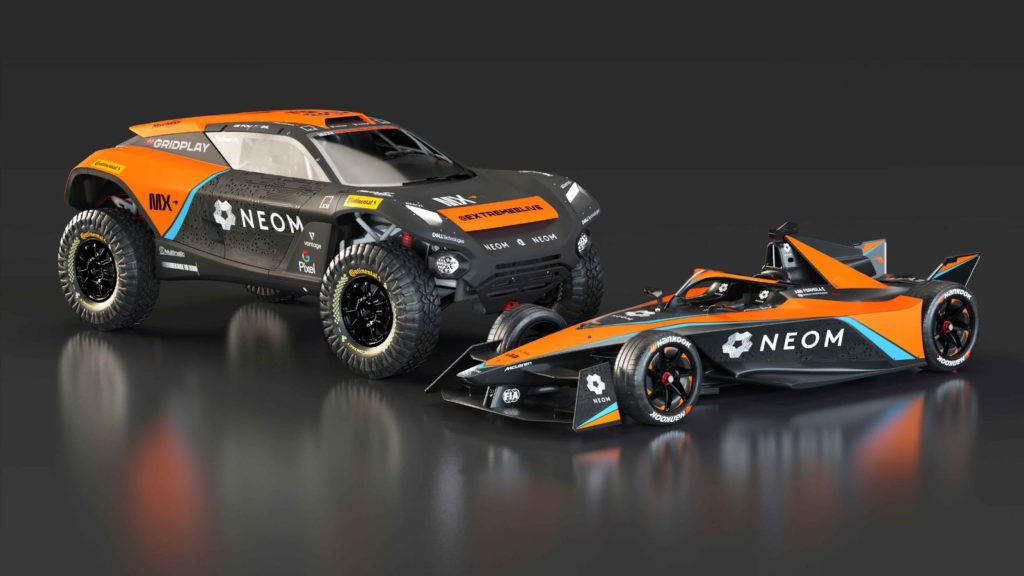 NEOM, a sustainable region in north-west Saudi Arabia being built from the ground up, will become the title partner of the McLaren Formula E Team and McLaren Extreme E Team for the 2022/2023 season.

Zak Brown, chief executive McLaren Racing, said: "This is an incredible way to kick off our entry into Formula E and to unify our electric racing series.

"We are thrilled to introduce NEOM McLaren Electric Racing and to work with NEOM to nurture talent and drive innovation.

McLaren will also become a founding partner of OXAGON’s innovative advanced and clean industries eco-system. OXAGON, a coastal city within NEOM, will also be home to the OXAGON Research and Innovation Campus, which McLaren will become a first partner of.

Additionally, in its role as technical partner of OXAGON’s advanced and clean manufacturing ecosystem, McLaren’s Accelerator program will help with development of circularity and industry 4.0; a program which stores performance-driven data and translates it into more understandable terms.

Zac added: "Working with OXAGON's innovative advanced and clean industries eco-system will allow us to make meaningful contributions through our bespoke Accelerator program which exists to leverage performance-driven data and translate this into the culture and thinking of our partners."

The partnership will also see selected candidates from Saudi Arabia given the opportunity to take part in a one-year placement with McLaren Racing as part of the NEOM Graduate Opportunities in Work (GrOW) program.

Nadhmi Al-Nasr, chief executive NEOM, said: "The partnership will allow us to share our collective resources and experience to yield exciting results, not only for our own organisations, but also for the broader automotive and sports industries.

"NEOM is an economic engine for the Kingdom of Saudi Arabia and will be a hub for innovative businesses like McLaren Racing to conduct cross-industry research, incubate, collaborate and bring new technologies to the world."