New estimates from the Government's spending watchdog, the Office for Budget Responsibility, reveals that around 2.2 million people, or 6.5% of all workers, could be unemployed at the end of the year. 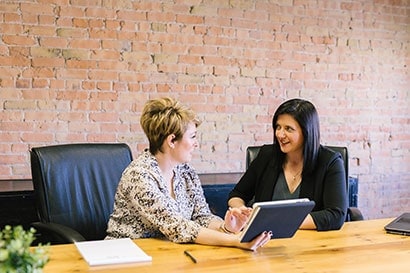 Recent CIPD report findings reveal that the psychological impact on redundancy envoys is significant, with many describing the impact as a ‘rollercoaster of emotions’

Most economists expect the unemployment rate – which counts how many people are able to work and want a job, but can't find one – to rise later this year. This is mainly due to the government support schemes, such as furlough, ending after September 2021.

Workers in hospitality, retail and entertainment have been badly hit. These jobs have seen the biggest impact from Covid restrictions. They also employ large numbers of young people, who have borne the brunt of job losses.

Figures for the number of people on company payrolls show the impact clearly. Since the early days of the crisis last March, 813,000 payroll jobs have disappeared, including 355,000 in hotels, restaurants and pubs, and 171,000 in shops. During the pandemic more than half of the fall in the number of employees has been among the under-25s.

However, the redundancy process can place those making the redundancies in a psychological dichotomy. Recent CIPD report findings reveal that the psychological impact on redundancy envoys is significant, with many describing the impact as a ‘rollercoaster of emotions’, experiencing a range of emotions including fear, anger, frustration, disappointment, regret, sadness, loneliness and shock – with guilt being the most prolific emotion encountered.

Alison Gill, head of HR at advo commented: “Many SMEs have been able to put redundancies into abeyance as a result of the extension of the furlough scheme and other business loans and initiatives, but some may have no other choice than to make redundancies in the autumn.

“I know from a personal point of view, despite extensive preparation, that telling employee after employee, in large or small scale redundancies, that their role is no longer required is so difficult. Regardless of knowing and agreeing with all the business reasons, being met with anger, tears and despair and comments such as ‘How will I feed my children?’ can be heart-breaking.

“Whatever is said and however sympathetically it is presented, employees may often feel that the decision is personal and point the finger, saying that this devastating life-changing event is all their fault and they should have done more to prevent this outcome.

“The aforementioned CIPD study concludes that businesses should have an appreciation of the negative impact and emotional rollercoaster that redundancy envoys experience. There is often very little, or no consideration afforded to those senior managers or HR professionals sitting across the table, delivering the unwelcome news about redundancy to their teams. It is invariably just seen as part of the job, but it can have a huge impact on mental health.

“In these unprecedented times and with the increased volume of work and change management exercises, it has never been so important to consider the wellbeing of all  employees.”

advo has put together some tips on preparing redundancy envoys: