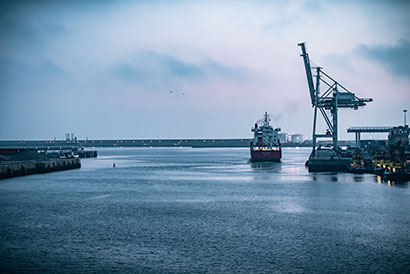 The Solent's maritime sector is leading the region's economic recovery

The Maritime UK Solent Recovery Plan charts a course to success for the regional maritime sector, showcasing the Solent's position as a global maritime hub and supporting the UK’s ambitions for global trade and green growth.

Anne-Marie Mountifield, board director for Maritime UK and chief executive of the Solent Local Enterprise Partnership, said: "Maritime UK Solent is committed to the fast track recovery of the maritime sector through innovation and promotion, pioneering a low carbon return to growth fit for the 21st century. These vessels on show in Southampton and Portsmouth are some of the most advanced in the world and their arrival in the Solent serves to showcase our position as the UK's leading maritime hub, perfectly positioned as a global gateway to lead growth and prosperity."

The Solent's maritime sector is a catalyst for economic recovery, demonstrated by the recent activity in the restart of the cruise industry in Southampton and Portsmouth:

The arrival of the ships followed announcements from Virgin Voyages that its first ever commercial passenger sailing, Scarlet Lady, will take place from Portsmouth this summer, and from ABP that it will be installing a second Shore Power connection at the Port of Southampton, with investment from the Solent LEP.

To coincide with the national attention on the cruise ships in Southampton and Portsmouth, Maritime UK Solent has launched the Maritime UK Solent Recovery Plan, setting out how it will chart a course to success for the regional maritime sector with a four point plan. The plan puts the Solent maritime cluster, which represents 20% of the area's economic output, firmly at the helm of the region's future as the Solent's most significant sector specialism.

Mountifield continued: "We are proud to be publishing the Maritime UK Solent Recovery Plan at this time when, rightly, these significant milestones in the restart of the cruise industry have been the focus of national attention. This is a new beginning for the Solent maritime sector, and we have ambition and determination to build back better and greener than ever before."

Ben Murray, chief executive at the national organisation, Maritime UK said: "The route to recovery for the Solent's maritime sector is based on championing the region as a globally significant maritime cluster – supporting the sector in charting a new course that can provide added resilience and adaptability, expand opportunities for global trade, and foster innovation and creativity.

"As a global gateway, enhanced by the designation of Freeport status, the Solent has an important role to play in underpinning trade resilience and enabling businesses to respond to, and take advantage of, new trading relationships."