The South East’s attractiveness as an investment destination proved resilient amid the Covid-19 pandemic, with the region seeing a decline in projects in line with the overall UK and European markets and recording the fourth highest number of projects out of all parts of the UK, according to the EY 2021 UK Attractiveness Survey which has been launched recently. 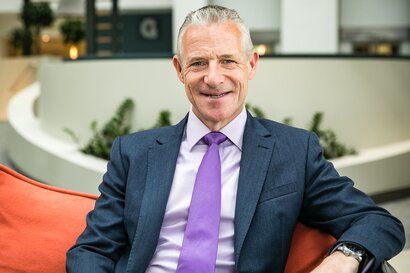 Richard Baker, managing partner at EY in the South East

The fall in projects in the region can largely be attributed to a decrease in the number of projects in the digital tech sector, which saw 28 projects in 2020 compared to 36 in 2019. Other sectors, including pharmaceuticals, and machinery and equipment, also saw small declines.

Despite the fall in project numbers, the digital tech sector remained the leading sector in the region. The next largest sectors were agri-food with seven projects (up from six in 2019) and transport manufacture and supply with six (up from four). Projects were most likely to involve sales and service activities (41 projects, up from 38 in 2019), and R&D and logistics (both nine projects).

The digital sector has accounted for the largest number of projects in the UK every year since 2013. London remains the city driving the UK’s success in digital technology, securing 57.8% of all digital tech FDI recorded in the UK in 2020, or 66.5% when London and the South East are combined.

However, while the UK retained its leadership position for digital investment in Europe – securing 322 projects in 2020 and staying well ahead of Germany on 187 – project numbers fell by 25% from 2019 (432). This was almost double the fall in the overall European digital market (13%).

Richard Baker, managing partner at EY in the South East, commented: “The impact of the Covid-19 pandemic is clear in 2020’s FDI figures. While some sectors across the country have seen additional investment as a result of the pandemic, things have been pared back in others. Digital technology is a good example of this as the cutting-edge digital technology projects you’re likely to find in London and the South East have been paused.

“In order to remain attractive to investors, we need to put digital infrastructure, cybersecurity, entrepreneurship, and protecting intellectual property and data at the forefront of policies. This will help differentiate the UK against competitors to attract digital FDI.

“It’s also important that ‘levelling up’ the UK doesn’t become ‘levelling down’: the South East has its own investment needs too and can continue to develop alongside the rest of the country. There are connectivity challenges to resolve and the region is home to a number of mid-sized towns which need investment support.”

Reading was the South East’s leading location for FDI projects, securing six in 2020. This put the town in joint 18th place for all UK towns and cities (alongside Sunderland, Newport and Warrington). The South East’s proximity to London is often seen as one of the reasons for the lack of prominence of its towns and cities in the FDI rankings, although this means FDI is more spread out in the region than it is elsewhere in the country.

The region’s strong performance is set against a backdrop of resilience for the UK’s attractiveness as an investment destination amid the Covid-19 pandemic, with the country ranking second in Europe for total inbound FDI projects in 2020 and expanding its share of the European FDI market.

EY’s UK Attractiveness Survey includes analysis of 570 international investors’ perceptions of the UK as a destination for FDI. This latest survey found the UK is now perceived to be Europe’s most attractive destination for investment, while 41% of survey respondents plan to invest in the UK in the next 12 months – the UK’s highest ever score on this question, up from 31% in spring 2020 and 23% in 2019.

Alison Kay, managing partner for client services at EY UK & Ireland, added: “Given the impact of the pandemic, a shrinking FDI market, and the then-uncertain future trading relationship with the EU, the UK delivered a positive FDI performance in 2020. A relatively small decline in project numbers meant the UK far-outpaced downbeat investor forecasts too. In our autumn 2020 survey of investment attitudes, investors forecast a 30% to 45% decline in UK projects compared to 2019.

“The UK has demonstrated resilience and adaptability in attracting investment. Key sectors have changed over time, and the UK attracted the most ‘new’ projects in Europe in 2020 rather than relying on reinvestments. However, its former dominance of the FDI market has been replaced by a competitive three-way tussle with Germany and France. To regain its place as the market leader, the UK will need to build on its strengths. The investors we spoke to for this year’s survey identified digital technology and health and well-being as being key growth areas for the UK, and these are areas where the country already excels.

“However, in increasingly vital areas, such as clean technology, the UK trails Europe. COP26 in Glasgow should provide some impetus to improve, while investors tell us they value green policy and regulatory certainty as well as support to develop green supply chains. There is an opportunity for holistic, targeted initiatives to attract FDI in the priority areas that should form the core of a ‘Building Back Better’ strategy: innovative research and digital technology; ‘clean tech’; and levelling-up the UK’s economy.”

Baker added: “Our research suggests the UK’s ‘levelling up’ message has landed effectively with investors, with almost two-thirds aware of the policy. There is scope to build on these foundations, with almost half of investors planning to change their supply chains in future and a fifth considering reshoring to the UK. With the manufacturing and logistics opportunities this will create likely to fall outside of London and major cities, this may be a one-off opportunity to reshape the UK’s economic geography.”

To read more about finance/economy sector follow this link.