Team player Stuart blows the whistle on a successful career

Stuart Haigh, director at Whitley Stimpson, is retiring after more than 35 years in accountancy. 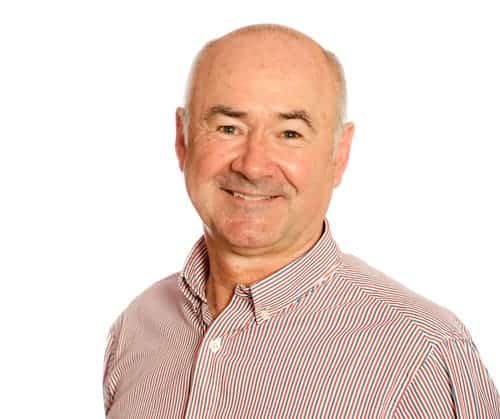 Over that time Haigh has built up a reputation for his dedication to his clients and colleagues as well as his many outside interests.

But it was a chance encounter with a football legend that kicked off his career in Oxfordshire. Having graduated from the University of Leicester where he played football for England universities abroad, he was signed up by Bradford City and when playing in London he met Bobby Moore who asked him to move to play at Oxford City.

He moved to Oxford in December 1980 on the basis that he would also be able to have a job. He worked with Tony Rosser on the Oxford Journal newspaper as a trainee accountant where he stayed for three years while playing for City.

He then went to work for Baxter Payne accountants in Bicester, qualifying as a fully-fledged accountant in 1988. He was promoted to become a partner the next day with the business becoming known as Baxter Payne & Haigh. It was taken over by Whitley Stimpson in 2014.

Haigh's first client was a mobile hairdresser in Oxford. Since then, he has supported more than 1,000 clients, some of which have gone on to be highly successful with multi-million turnovers.

The majority of his clients will now be taken over by senior manager Natalie Sansome, while he focuses his time working with Oxfordshire mental health charity Restore which supports about 900 people a year to take control of their recovery, develop skills, gain employment and lead meaningful lives.

Stuart leaves Whitley Stimpson on March 31 and although he won’t be able to have a full celebration, the team are staging a Hotel Chocolat Zoom event as a send-off.