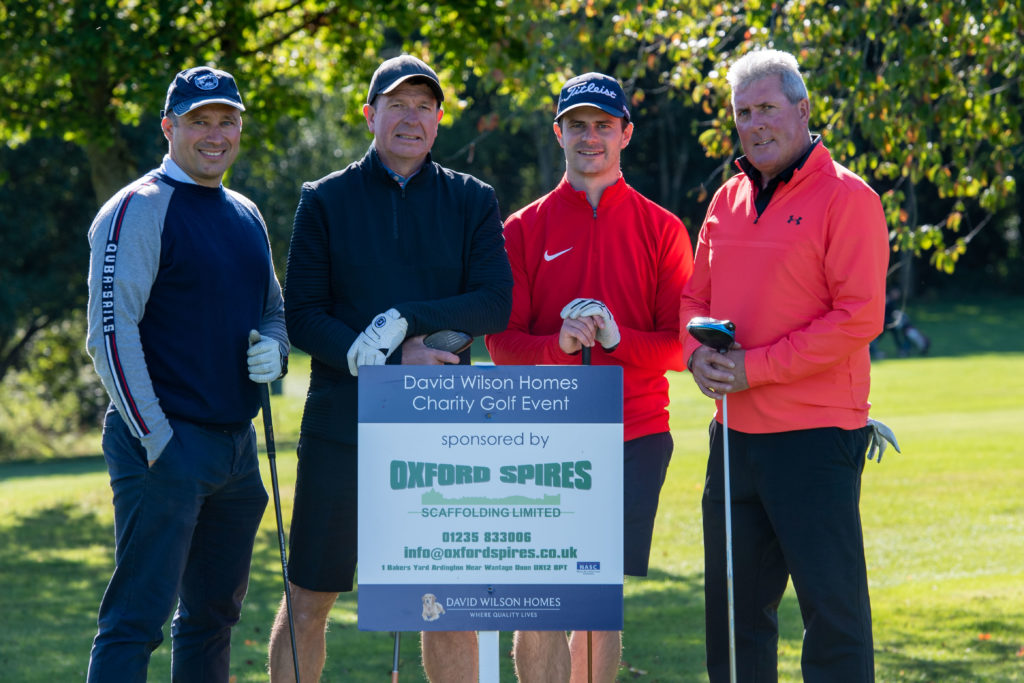 David Wilson Homes has helped raise over £10,000 for its Charity of the Year, St. Michael’s Hospice in Basingstoke, at a golf day fundraiser.

The golf day, which took place at Sandford Springs in Tadley, was attended by employees of David Wilson Homes Southern and its contractors to show their support and raised a total of £10,219.75 for the Hampshire hospice.

Whilst individual challenges were completed throughout the day, such as nearest the pin and the longest drive, the golf day was won by a team from Clarkson Evans, an electrical contractor.

St. Michael’s Hospice cares for adults suffering from life-limiting illnesses and provides free of charge care for patients in the Basingstoke and North Hampshire area through its Hospice at Home team and In-Patient Unit.

The charity also offers out-patient programmes which support patients and their families with any physical, emotional, social, spiritual or psychological problems which may arise as a result of their condition, as well as counselling and bereavement support facilities.

Entrepreneur, Rob Stone on why you should celebrate business milestones