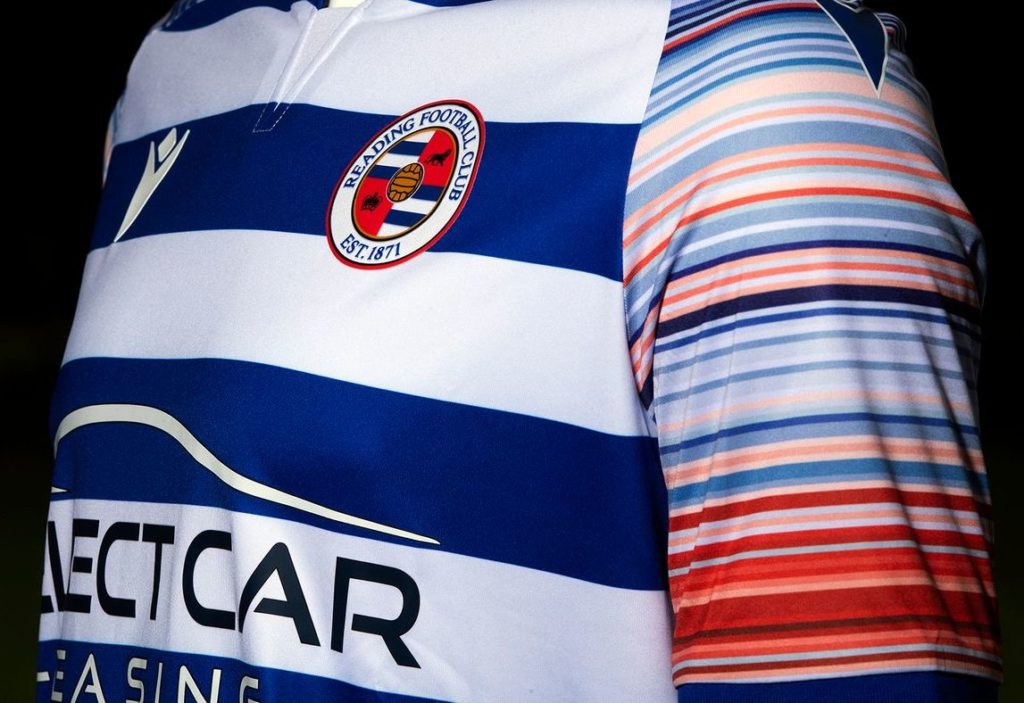 Reading FC’s home kit for next season will include a reminder of the climate crisis.

Alongside the regular blue and white hoops, the sleeves of the new shirt feature the University of Reading’s climate stripes, which represent the rise in an area’s average temperature using coloured stripes.

In a statement on their website, Reading FC said: “The bold stripe design, which features on the sleeves of the new home shirt, was first created by the University of Reading’s Professor Ed Hawkins in 2018.

“Each stripe represents the average temperature for a single year, relative to the average temperature over the period as a whole; shades of blue indicate cooler-than-average years, while red shows years that were hotter than average. And the stripes on the home shirt specifically track climate change in Reading across the full 151-year existence of Reading Football Club.

“The shirt itself is made from Eco-Fabric – 100% of which comes from recycled plastic bottles. That innovation is part of a wider series of initiatives undertaken by our Official Technical Partner as part of their ‘Macron 4 The Planet’ campaign, which is committed to introducing new eco-sustainable products the the market.”

Last month (June), Reading FC and the University of Reading announced they were ‘partnering for the planet’ to help the club minimise its environmental impact and improve its sustainability.

The partnership was announced to mark ShowYourStripes day, which saw thousands of people and organisations sharing the climate stripes infographic to raise awareness.

Professor Ed Hawkins said, “The climate stripes are intended to start conversations about climate change – and making them visible to thousands of football fans across the country every week brings that to a new audience.

“Support is a powerful thing in football and this collaboration makes it a key theme for the season. We hope Reading Football Club’s fans will push them on to success this season, while at the same time the players and the club will be supporting climate action and recognising the science.”