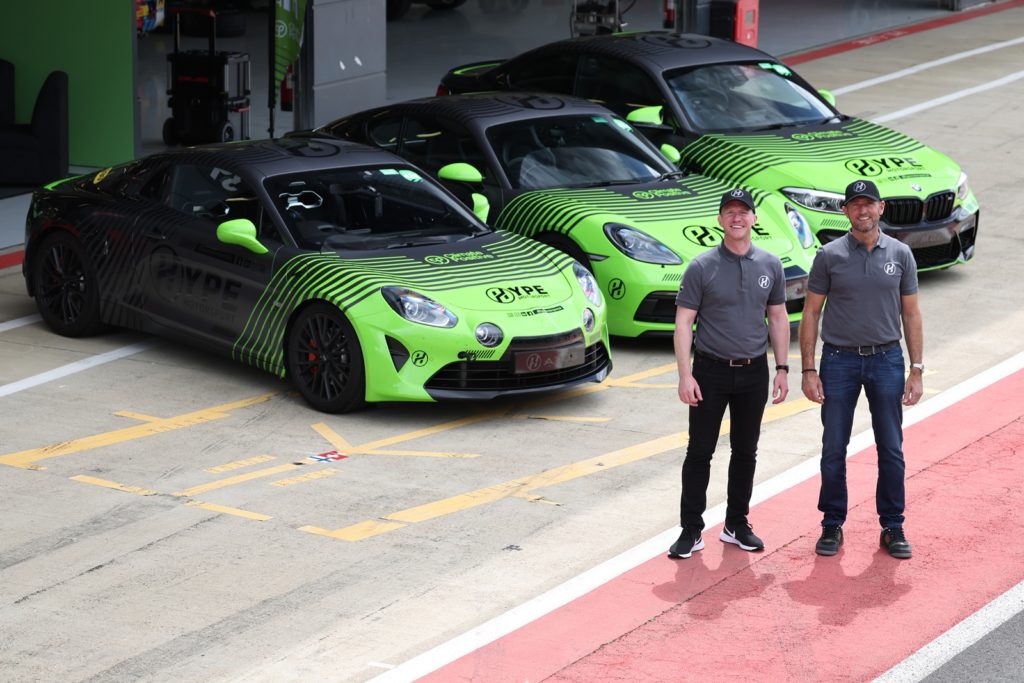 A new Southampton business is the first in the UK to offer businesses and motorsport enthusiasts the opportunity to have a positive impact on the environment, whilst racing sports cars around top UK and European circuits.

Hype Motorsport is the brainchild of Southampton based Mike Jarvis and Leeds based Ben Hyland, who has spent almost 20 years working in motorsport.

The pair have invested more than £300,000 in the business which is now designated as ‘ClimatePositive’ thanks to carbon offsetting through SCB, the world’s leading low-carbon commodity company, which redresses and improves on the carbon footprint left by businesses and individuals.

Hype Motorsport will host corporate and group track days for up to 12 people, at circuits including Silverstone, Brands Hatch and Donington Park, as well as across Europe at tracks such as Spa in Belgium.

Professional instructors, including the likes of British Touring Car Championship driver, Jake Hill and FIA World Endurance Championship driver Alex Brundle, have also joined the Hype Motorsport team to offer training and guidance, so drivers can push themselves to their limits.

The cars all benefit from extensive track modifications to improve performance and racing reliability, and include a BMW M2 Competition, a Porsche Cayman GTS and an Alpine A110, which all feature in performance car bible, evo’s renowned ‘Best Driver’s Cars of 2022’ list.

Jarvis and Hyland previously ran want2race, which was based at Donington Park and became the UK’s biggest novice racing driver competition. In 2019, want2race was acquired by Ginetta and Hyland spent the next two and a half years continuing to develop want2race under the renowned sports car brand’s umbrella.

Jarvis said: “There has been a huge shift in the race days and track event market, which has been driven by people waking up to the environmental impact of all our decisions. As someone who is truly passionate about motorsport, but also concerned about the future of our planet, I was keen to explore how we could improve what we do and create a superb experience for petrol-heads with a conscience.

“We want to offer a pure driving experience that doesn’t cost the Earth, so we’ve worked closely with SCB Group to develop our offering and we’re proud to feature their ClimatePositive seal of assurance. The organisation has scrutinised every aspect of our business, from the actual events and cars, through to considering how both our team and guests will travel to the circuits and where they will stay, to ensure we not only compensate for ‘neutral’ carbon emissions – we go further to become climate positive by at least 25 per cent. Plus, everyone attending our events will benefit from offsetting the carbon from their road car for 12 months and receive a ClimatePositive car badge to show that their vehicle is giving back more to the environment than it’s taking.”

Pauline Tainton from SCB Group, said: “When we heard about Hype Motorsport’s ambitions, we knew it was a perfect fit for us and we’re glad to be involved. We’ve examined all areas of the business and it’s great to see that the company has put sustainability and the environment at the heart of its operations.”

ClimatePositive is a mechanism to counterbalance the carbon footprint left by corporations and individuals. Partnering with projects in local communities to develop solutions provides sustainable economic growth while protecting and preserving natural resources. SCB Group invests in a broad range of emissions reduction projects that are certified by the highest environmental standards and hit the UN’s Sustainable Development Goals.

The ClimatePostive label assesses that each event Hype Motorsport hosts will emit approximately 1.66 tonnes of CO2. This includes Hype Motorsport team’s travel, accommodation and electricity, as well as guest’s racing, travel and accommodation. These emissions are offset and another 25% of emissions is also added to give back more to the environment than is emitted.