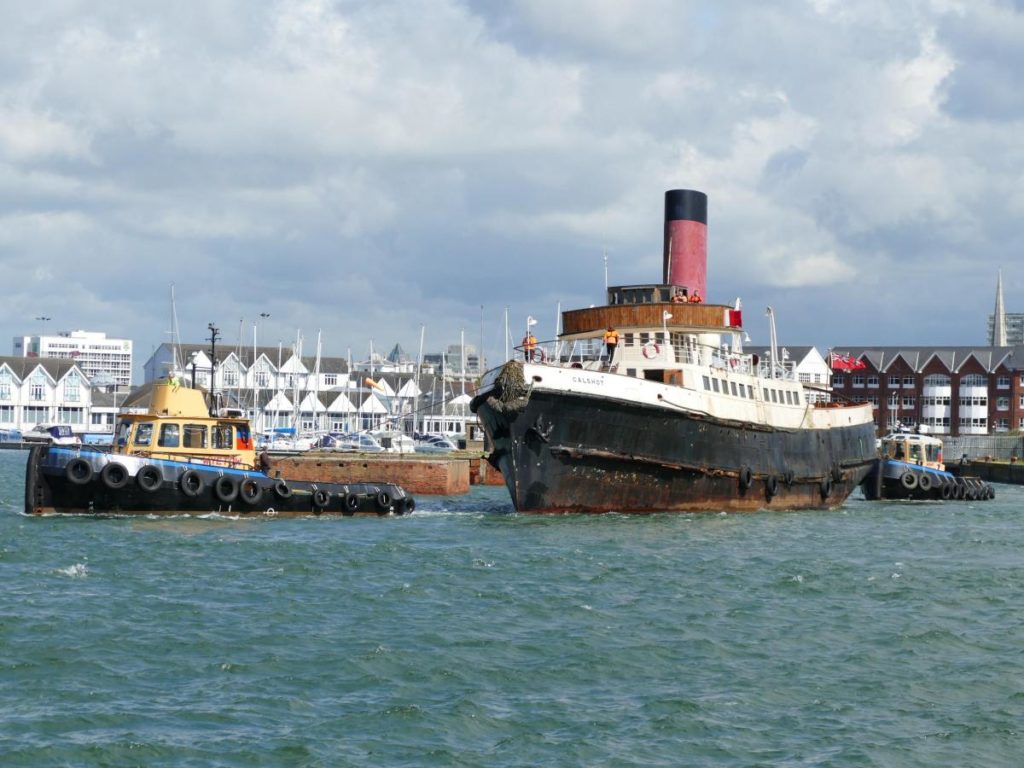 Restoration efforts of a Southampton ship which participated in the D-Day landings are at risk due to spiraling costs.

The 93-year-old Tug Tender Calshot has been sitting in a shipyard on the River Itchen since it was removed from Southampton docks one year ago.

The ship was held by a trust for more than 20 years, but in that time significantly deteriorated due to limited funds. When the current owners took over, they realised it need to be stripped and fully rebuilt.

Project manager Glen Read said: "Calshot was acquired for a nominal sum from the TT Calshot Trust, who had tried to preserve her, with very limited access to funds, for more than 20 years.

"Her condition was known to be extremely fragile but the sale offered a chance to renovate, rebuild and repurpose her."

However, due to unexpected world events impacting supply chains as well as general cost inflation the scheme is becoming economically unviable.

Financial information noting these costs as well as the lack of any viable commercial outcome has now been passed on to the company who owned Calshot, they are based on the Isle of Man.

Mr Read continued: "Every possible avenue has been explored and every effort made by the whole team at the yard to save TT Calshot,"

"Many items of importance to the original ship have been saved and restored."

The Calshot was first launched in 1929. In its long service it guided some of the world’s top cruise liners into the port of Southampton.

In 1944 she contributed to the Normandy invasion, ferrying parts of the famous Mulberry Harbour across the channel.

Southampton Itchen MP Royston Smith said: "This is such sad news. The council’s recent bid for City of Culture 2025 highlights perfectly the need to preserve our cultural heritage in addition to celebrating our creative industries."