Bicester-based Seychell Engineering and Fabrication has appointed a new operations manager, as the firm begins to roll out a major investment in training and equipment following its acquisition by Go2 Engineering Group in late 2020.

With a 20 year career in the industry and a background in motorsport engineering, Dave Skidmore will work closely with Go2 Engineering’s group commercial director Gareth Barnard and group managing director Peter Dodd. 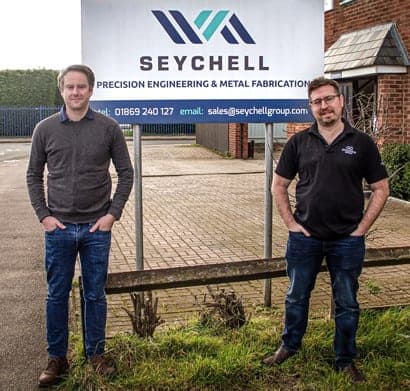 Like 316, Seychell’s offering similarly dovetails with those of the other businesses in the group, manufacturing a wide variety of high-quality products for industries including aerospace, automotive, medical, scientific and motorsport since 1991.

With 23 employees and further recruits likely this year, Skidmore will now focus on the training and development of the team and the integration of over £0.5 million of new machinery.

That structured investment in both people and plant is the key to success for the business, as Skidmore explains: "This a very exciting time for the business. We became part of the Go2 Engineering family in late 2020 and ever since the focus has been on investing in our people, both in terms of their own specific skill sets and the equipment that we are bringing to the facility.

"It is a huge investment but we pride ourselves on exceptional quality and that requires the best resources, whether human or machine. I am looking forward to working with the Seychell team and of course with Gareth and Peter from the wider group perspective."

Go2 Engineering's commercial director Barnard led on the acquisition of Seychell. He adds: "As Dave said, this really is an exciting time for the business and the wider group. We are investing heavily in our people and equipment and Dave’s appointment is key in getting the very best out of both resources.

"He has a fantastic reputation in the industry and is a great leader. This is a time of transition for us. Along with the new equipment which should be arriving imminently, we will be making further investments later in the year and Dave will be central to the success of this investment."