Bournemouth Airport is continuing to grow – adding two new holiday destinations to its schedule for summer 2020.

The Greek islands of Skiathos, in the Aegean Sea, and Zante, in the Ionian Sea, are now among 30-plus international routes available from the airport.

Skiathos, a filming location for the hit Abba-themed movie Mamma Mia!, and Zante, home to turtle nesting beaches, are run by TUI from May to October and May to September respectively.

Details of flights from Bournemouth Airport, which saw 708,869 passengers go through the terminal over 12 months to March 31, are now available in the Fly Bournemouth 2020 preview.

There is also fly/cruise Caribbean, through P&O Cruises, as well as Lapland, Arctic and the Northern Lights.

Ryanair and TUI are the principal airlines at Bournemouth Airport, which is owned and operated by Regional & City Airports (RCA), part of Rigby Group plc.

Stephen Gill, Managing Director, Bournemouth Airport, (pictured) said: “There is much for holidaymakers to celebrate with our exciting Fly Bournemouth 2020 programme, including the two new sunshine destinations of Skiathos and Zante and welcoming in a new decade of air travel. 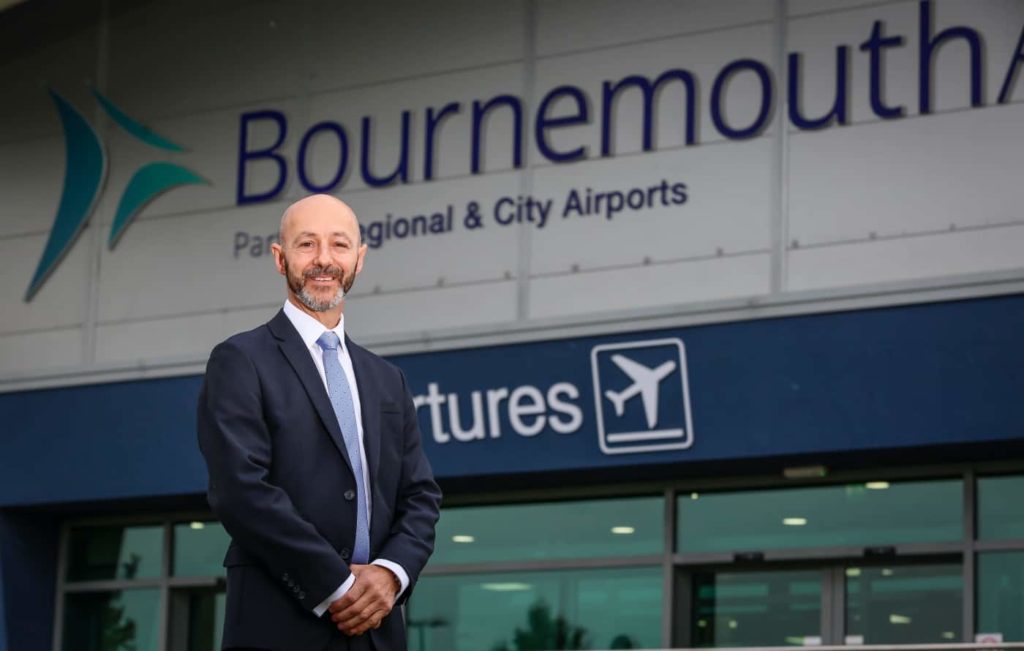 “We have the infrastructure, capacity and zest to make Bournemouth Airport a convenient alternative to the London airports, where traffic congestion and lengthy distances to and from terminal gateways can put some travellers off.

“Our staff are keen to make the airport experience as agreeable as possible for passengers and an example of this is our sunflower lanyard scheme, where people with hidden disabilities, such as severe anxiety, can discreetly indicate they require extra support.

“Initial indications are that travellers are pleased with the 30-plus destinations we offer and, through RCA’s route development team, we are in regular dialogue with airlines and travel operators about destinations. Valued feedback from passengers helps inform discussions.

“Bournemouth Airport is very much about connecting people, places and businesses.”

In September, Bournemouth Airport was ranked fifth among UK airports for customer satisfaction in an annual survey by consumer group Which?