Bournemouth to become home of nation’s first ‘Drive In, Sit Out’ cinema

FLIX has announced that Bournemouth will be the home of the nation’s first ‘Drive In, Sit Out’ cinema allowing guests to watch a host of the latest blockbuster films this summer, no matter the weather. Day or night, rain or shine, the all-new drive-in offers the ultimate, covid-friendly cinema experience from 28 May. 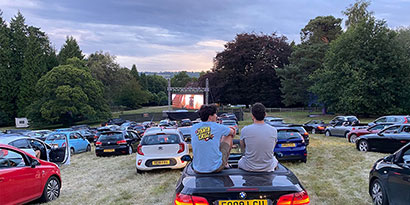 Flix Drive In is bringing its pioneering tech, opening its huge 50 metre HD LED screens and showing some of the biggest and best films of the year at Bournemouth Airport

With the UK tipped for a heatwave and people looking for covid-safe experiences this summer, Flix has the answer.

Fasten your seatbelts, and then undo them as the drive-in experts are implementing socially distanced seating areas with every car to allow guests to enjoy films in the open air and order street food and drinks to their seat, without taking a step. 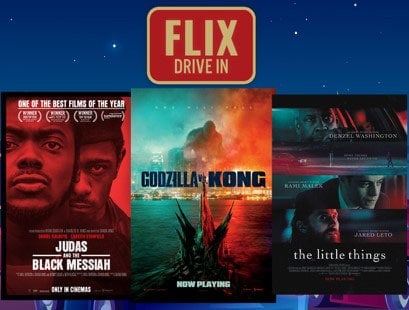 Some of the latest blockbusters will be shown at Bournemouth Airport including The Little Things, Godzilla Vs. Kong, Wonder Women 1984 and Golden Globe and Academy Award Winner Judas and The Black Messiah. There’s also something for the whole family with screenings of Warner Bros. Tom & Jerry, Scoob! and Roald Dahl’s The Witches.

For those looking for a little more theatre, Flix is putting on immersive screenings of West End’s Kinky Boots, Hairspray, award-winning The Greatest Showman and cult-classic The Rocky Horror Picture Show. Not only will there be on-screen lyrics for a big sing-along, but live theatre and circus performers will make it an experience to remember.

Flix Drive In is bringing its pioneering tech, opening its huge 50 metre HD LED screens and showing some of the biggest and best films of the year at Bournemouth Airport from 28 May until 6 June. There will be three screenings a day at each venue, with tickets per car (up to six people) costing just £32.