Central South businesses plan to embark on an investment and hiring drive in 2021, as the UK continues to follow the roadmap out of the coronavirus pandemic.

Mid-market businesses in the region look set to spearhead the UK’s economic recovery, with more than three quarters of businesses surveyed (80%) stating that 2021 is the year to invest. 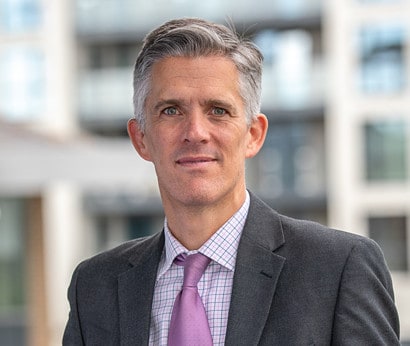 According to the latest Rethinking the Economy survey from accountancy and business advisory firm BDO LLP, nearly a quarter (23%) of Central South businesses plan to either expand by investing in new locations or acquiring other businesses. The renewed drive follows the Government’s capital allowance announcement in last month’s Budget, with nearly three quarters of businesses (73%) planning new investments as a result of the chancellor’s ‘super deduction’ initiative.

Business confidence has also increased, as 73% of businesses in the region expect revenues to return to pre-pandemic levels within a year of the strictest restrictions being lifted.

Mid-market, PE owned and AIM listed businesses, what BDO calls the economic engine, account for less than 1% of UK businesses overall, but contribute £1.4 trillion in revenues and provide one in four jobs. In the five years leading up to the start of the pandemic, these businesses grew revenues by 46%, despite Brexit-related uncertainty.

Commenting on the findings, Steve Le Bas, partner at BDO in Southampton, said: “The chancellor’s announcement, together with the UK’s progress in fighting the coronavirus pandemic, have clearly sparked renewed confidence amongst Central South businesses when it comes to making key strategic decisions in the months ahead. This is particularly so, given that investment intentions appear to have increased since the start of the year.

“Mid-sized businesses will play an integral role in the UK’s overall economic recovery. Pre-pandemic, mid-market businesses provided a significant proportion of jobs in the region and this looks set to grow over the next 12 months, with 73% of businesses planning to hire more permanent staff. More than half (66%) are looking towards a temporary workforce in order to provide the flexibility to balance both resource and market demand during the course of 2021. In light of the Government’s £3,000 incentive to hire apprentices, 47% of businesses also said they would hire them within the next six months.”

Last month, the Industrial Strategy Council – an advisory group led by Bank of England chief economist Andy Haldane – said the UK’s plans to spread economic growth into the regions of the UK appeared “over-reliant on infrastructure spending and the continued use of centrally controlled funding pots thinly spread across a range of initiatives”.

However, according to the Rethinking the Economy survey, more than three quarters of Central South businesses (77%) feel the chancellor promised enough to support the regional ‘levelling up’ agenda in his Spring Budget. Furthermore, 63% believe that their region will be given enough financial support over the next 12 months as a direct result of the pandemic.

Le Bas added: “The recent announcement by the Government to locate one of eight newly-created Freeports on the Solent has generated a strong sense of optimism amongst Central South businesses about the ‘levelling up’ agenda. More than £2b will be invested in the region, which will mean lower taxes and less red tape for businesses in designated areas, together with reports that the Freeport could create more than 25,000 jobs across Hampshire. However, there is clearly still work to be done to ensure the correct levels of funding are administered fairly, and targeted support is given to each area, as part of the Government’s levelling up agenda. This will be vital in supporting businesses on the road to recovery.

“The reality is, few businesses have come away from the crisis unscathed, with nearly half of Central South businesses (47%) stating that their business model or product has, or will need to change as a result of the pandemic. While there is a genuine reason for renewed confidence, the road ahead remains a challenging one.”