Leading Hampshire accountants HWB has provided support in an international deal involving the sale of a medical supplies company.

HWB worked closely with the shareholders and their solicitors as STOK UK was acquired by global outsourcing specialists arvato UK, a leading global outsourcing partner to the private and public sectors and part of the German-based Bertelsmann Corporation.

STOK UK, based in Andover, Hampshire, is a logistics and fulfilment specialist which works with hospitals and medical product manufacturers.

It takes over stock management of key equipment, such as defibrillators and pacemakers in hospitals, monitoring levels on behalf of suppliers who hold NHS contracts and making sure the items are available when needed.

Richard Hurst, a director at HWB, based in Chandler's Ford, acted for STOK UK's shareholders Paul Wilkinson and David Royle, giving advice on the deal structure and assisting them with negotiations.

Hurst said: "Close to completion saw a room full of people, from both sides, in what was a fast-moving and intense day as all the pieces of the jigsaw were discussed and agreed.

"I'm pleased to have supported Paul and David in this sale and to have played our part in making sure it all completed smoothly."

Pitmans LLP, led by corporate partner Stephanie Perry and assisted by Mark Metcalfe and Sarah Lake, acted as legal advisers on the transaction.

Perry said: "This was a deal which made a lot of sense for both sides and with the assistance and guidance of Richard Hurst at HWB we were able to complete in a relatively short time frame while ensuring that our clients' key issues were negotiated favourably.

"It was the first time we have had the opportunity to work with HWB and we found their pragmatic and commercial approach extremely helpful to ensure we made it to the completion line on time."

Paul Wilkinson, director of STOK UK, said: "Richard was calm and collected and helped us through a very intense day as we moved towards finalising the deal. When you're going through a major transition like this it's the details that matter most, and Richard's help was invaluable in seeing us through the process." 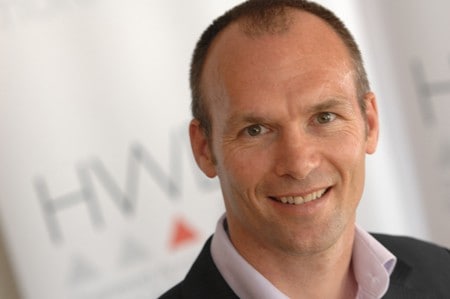