South: Sky 'agent of change' is Women in Business speaker

Chris Stylianou, chief operating officer, UK and Ireland at Sky, is a special guest speaker at the Women in Business Awards, to be staged at Oakley Hall, near Basingstoke on October 4.

Described as an 'agent of change', Stylianou has worked at Sky for more than 20 years in both finance and operations.

He is responsible for Sky’s sales and service operations (including contact centres, digital capability, in-home service and retail division), as well as property and data departments, Sky Business and Sky’s ROI business.

Stylianou is the executive sponsor of Sky’s Women in Leadership (WiL) programme, driving Sky’s ambition to reach a 50:50 gender balance.

To do this, he works with the core WiL team to create a wide variety of initiatives to encourage gender parity and female advancement. 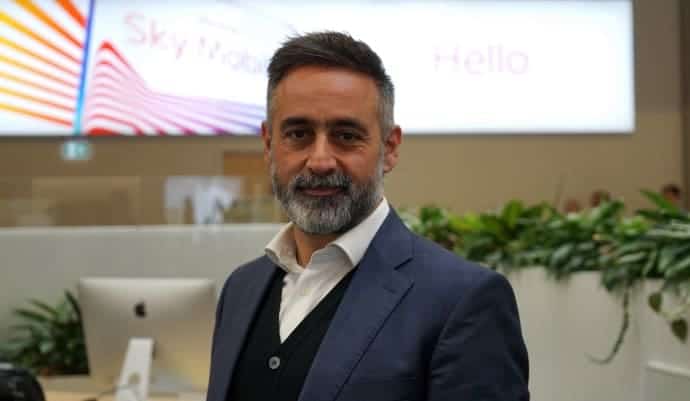 Stylianou actively champions gender diversity at Sky by speaking internally and holds fellow executives accountable to their departmental targets with regular reviews. Through the WiL programme Stylianou sponsors a number of women, and has 12 women in high-profile leadership roles within his department.

Externally, Stylianou is a ‘male agent of change’ and sits on the Women’s Business Council, as well as taking on a number of speaking engagements.

Women in Business is the annual campaign run by The Business Magazine which champions inclusion and diversity.

Campaigns manager Tamsin Napier-Munn said: "I am really looking forward to hearing how Chris is transforming Sky. He is an example of a male leader not just talking about diversity but actually being the agent of change. Our audience will be fascinated to hear his views."

With headline sponsor Barclays, and sponsors KPMG and Blake Morgan, Women in Business is being launched on February 1 at a networking event in Reading.

Celebrate 'The power of you' in aid of smart works

Business Innovation South Expo aiming to be ‘a catalyst for collaboration’