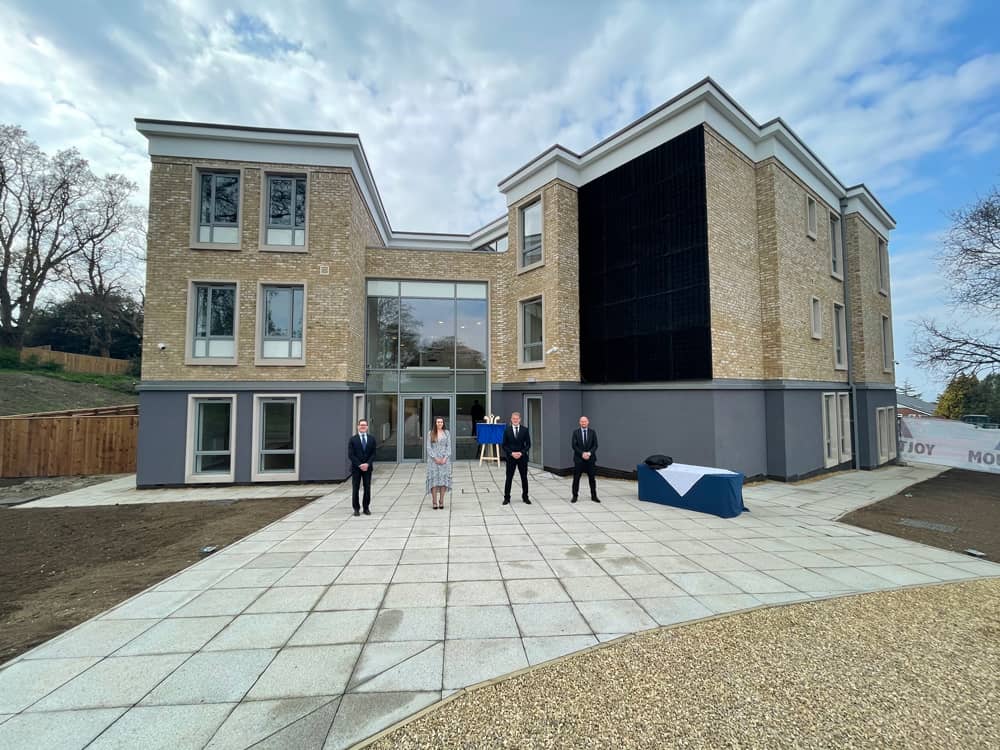 An Isle of Wight boarding school has received a six-figure funding package from HSBC UK to build a new accommodation block to house 68 of the school’s boarding pupils.

Ryde School with Upper Chine (known locally as Ryde School) has over 750 pupils and has used the funding to build a modern boarding house, complete with social and study spaces and a large common room. The new accommodation, which has clear views of the island’s coast, will enable all students to live on campus and remove the need for the 10-mile commute across the island from the school’s older boarding house.

As part of the new building, the school has renovated previously unused land and breathed a new lease of life into its netball courts, added an international boules area, as well as providing a new, outdoor learning centre for all year groups.

Jonathan Marren, bursar at Ryde School, said: “Having recently celebrated our centenary year, we wanted to continue the development of the school and the new block will not only reduce the long commute into school for our boarders, but will have the capacity for an additional 30 students. Our relationship director at HSBC UK, Catherine Painter, has been extremely helpful and attentive and the bank’s team clearly understood our needs from the start.”

Gareth Evans, area director, Hampshire & Dorset at HSBC UK, added: “It’s always rewarding to support the development of a school. Ryde School has the pupils and their development at the centre of all decisions, so helping them fund such a modern and innovative building has been a pleasure.”

Ryde School is an independent, co-educational day and boarding school, founded by William and Constance McIsaac in 1921. The school merged with the Upper Chine Girls’ School in 1994 to expand its offering.