A new report out today from EEF, the manufacturers’ organisation and BDO LLP, the accountancy and business advisory firm, shows that manufacturing in the South East and London has made some strong strides over the past year, with the number of firms growing and output balances exceeding that of the rest of the UK. But, while last month’s Brexit vote has seen business confidence decline more than in any other region, South East and London manufacturers still rank highest for confidence in the UK.

The annual report – Regional Manufacturing Outlook – draws upon survey data and the latest ONS figure to provide a longer-term picture of the health of UK manufacturing. It shows that the South East and London now boasts over 30,700 manufacturing firms – up 2.3% year-on-year. The region has the highest output in the UK, but manufacturing accounts for just 4.9% of total output – the lowest level in the UK. The largest manufacturing sectors in the region are food and drink, electronics and wood and paper products.

The region also continues to enjoy a strong export record. It accounts for an impressive 27% of the UK’s manufactured exports – the largest contribution by a single region. 44% of the region’s exports go to Europe – slightly lower than the national average.

But despite these positives, manufacturers in the region are not immune to post-referendum jitters. Just prior to the vote for Brexit, the region scored 7.3 out of a possible ten points for confidence – since the vote this score has dropped to 5.7 out of 10. However, confidence in all the other regions has taken a hit too and, as a result, the South East and London now finds itself in pole position, moving up to the top of the confidence rankings from 6th place last year.

Before the referendum result was known, local manufacturers were optimistic about this quarter (Q3 2016). They expected output and orders to grow and reported healthy recruitment and investment intentions.

Following the vote, local manufacturers are more inclined to wait-and-see about the future performance of UK and overseas orders than their counterparts in other regions. They are also less inclined to immediately review their country location, UK investment and recruitment than peers in other regions. But despite this caution, 40% expect the referendum to lead them to invest less in the UK over the next 12 months.

Similar to other parts of the UK, exchange rate volatility is the biggest concern (65%), but 51% of South East and London manufacturers also see weaker sterling as an opportunity. Whether opportunity ultimately outweighs risk remains to be seen. But, in these unprecedented times, what is clear is that next year’s confidence rankings could end up looking very different again.

Jim Davison, South East and London region director at EEF, said: “Despite some challenging times, manufacturing in our region remains a force to be reckoned with. This last year shows firms getting back into their stride. But the referendum outcome provided a jolt and it’s clear that we’re now on a new path with fresh challenges ahead.

“Exchange rate volatility, political uncertainty and the danger of increased costs are already causing concern in the region and business confidence is in short supply. But our sector is nothing if not dynamic, determined and resilient. With a solid business environment, supportive policies and the right outcome from Brexit negotiations, manufacturers in this region should be able to overcome the risks, reap future growth rewards and get their business confidence back on track.”

Arbinder Chatwal, director and head of manufacturing at BDO LLP in Southampton, said: “Following the Brexit vote last month, business confidence in the region has fallen from 7.3 (out of 10) to 5.7. However, this should not deter manufacturers, the region has the highest confidence ranking across the UK and performance over the past 12 months in the region has been promising with continued increases in output and orders. Businesses must remain engaged and adaptable to continue to trade profitably through the changes in the short term and make the most of the opportunities they may offer.

“The lack of a clear strategy for the manufacturing sector over recent years has been of huge concern and it is encouraging to see Theresa May’s promise of a constructive industrial strategy. We would like to see the Government match manufacturers’ long-term outlook by developing a 15-20 year industrial policy that avoids the disruptions of the political cycle.” 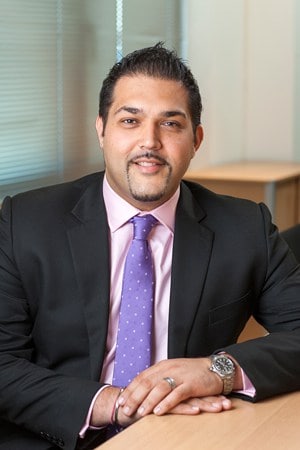