Basingstoke firm Instavolt has delivered one Gigawatt hour of renewable power to electric vehicle users across the UK, which is sufficient to power six million miles of emission free driving.

The Hampshire company first commissioned chargers in September 2017, which means this milestone has been reached in a little over two years.

Adrian Keen, chief executive officer at InstaVolt, said: “This is a great achievement for InstaVolt, and shows us just how quickly the electric vehicle industry is growing. As well as a growing number of users, we are seeing confidence in our network increase as drivers arrive at our chargers with less remaining power in their batteries, knowing they’ll receive a reliable service with InstaVolt.

“This milestone further demonstrates that confidence in electric vehicles is growing, and we are a key part of that movement as we continue to roll out chargers right across the UK that drivers love for their ease of use and reliability. We are also seeing greater commitment to electric vehicles from the manufacturers with larger vehicles such as the Tesla Model 3, Jaguar iPace, Hyundai Kona and Audi e-tron all now on the market, all with bigger batteries delivering greater real-world range.

“The more drivers feel confident that they’ll be able to charge up quickly and easily, the more likely they are to make the switch to zero emissions vehicles, and this confidence will spread as we grow our network.”

The charging stations being installed by Instavolt are capable of charging at 125kW – halving the time it would take drivers of compatible vehicles, such as the Audi e-tron, to charge compared to rapid 50kW chargers. 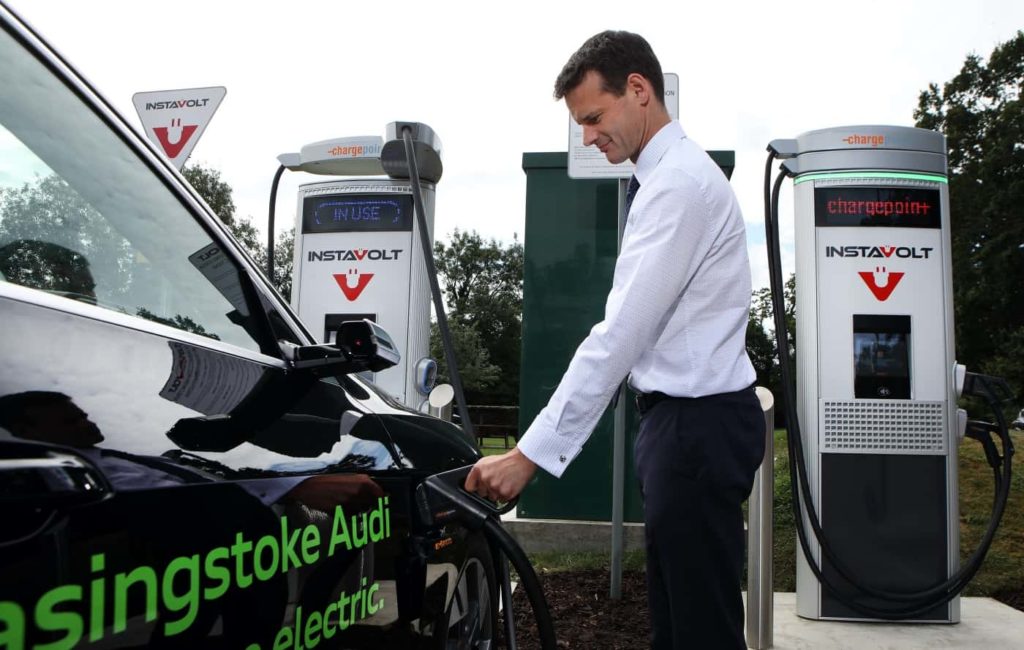 At all of InstaVolt’s existing charging stations, drivers can pay by simply tapping their contactless credit or debit card, an industry first that inspired Government to recommend that all networks make contactless payment available by Spring 2020. They can even use their smart watch to pay if it is set up for contactless payments.

InstaVolt is one of the UK’s favourite rapid charging networks. In a recent national survey it was named as the top public network that can be used by multiple brands of electric vehicle for the second consecutive year, with particular praise for its ease of use.