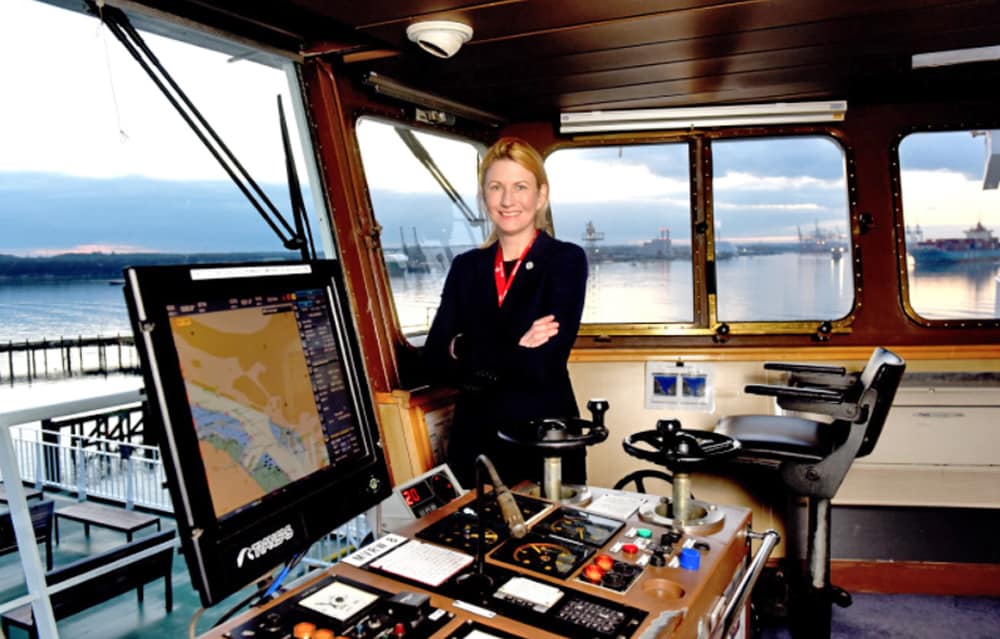 The Maritime and Transport Action Group has been launched to shine a spotlight on the Central South region for businesses in the maritime, transport, infrastructure and ports industries. Led by Fran Collins (pictured above), chief executive of Red Funnel and Gary Whittle, director of Meachers Global Logistics, the group will focus on addressing shore-side priorities, opportunities and challenges faced by maritime and transport industries in the Central South, including the Solent Freeport, local infrastructure, skills and employment, connectivity and the environmental agenda.

Previously known as the Cruise & Port Forum, the new group has been launched in response to changes in the region, reflecting on the Central South as a gateway to and from the UK. One of the Business South action groups, it aims to connect the region to influence policy, drive change and create opportunities for industries across sea, air, rail and land.

Fran Collins, chair of the Maritime and Transport Action Group, said: “Our vision is to work collaboratively with business leaders, representing some of the most influential organisations in our sector. We are inviting new members to join to help deliver measurable actions that will help create investment and development, attract talent to the region and promote the Central South region as a UK gateway.”

Membership already includes influential key players in the maritime and transport industries, such as the operations director at Southampton Airport, head of business development at Solent Gateway, UK commercial director at DP World and the business development manager at Portsmouth International Port. Alongside Red Funnel and Meachers Global Logistics, they look forward to joining other authority figures in the region to share strategic input and help shape the agenda for the region.

Steve Szalay, operations director at Southampton Airport, commented: “I’m delighted to be part of the Maritime and Transport Action Group. The airport exists to provide connectivity to the region for people and business, so it’s great to hear from major businesses regarding the routes and connectivity they need to support and grow their businesses. What’s good for the region is good for the airport.”

For more information or to become a member of the Maritime and Transport Action Group, contact Kate Proh at Business South – [email protected].