Gill is responsible for the general management and strategic development of Bournemouth Airport. The appointment comes just 10 months after the airports management division of Rigby Group plc acquired Bournemouth Airport, with ambitions to drive growth across its operations, including doubling passenger numbers to 1.5 million over the next five years.

RCA CEO Andrew Bell said: “Stephen Gill’s credentials shone through in a rigorous selection process – he is an accomplished businessman with exemplary skills in strategic management and leadership.

“Stephen has the experience, drive and know-how to deliver our strategic growth plans as we look to double passenger numbers to 1.5 million at Bournemouth Airport over the next five years.

“RCA is very encouraged by the support received from both the public and business community during the first 10 months of our ownership.

“With Stephen in the pilot seat, the airport focus will continue to be the delivery of the connectivity the region needs today, using existing airport infrastructure.”

“Key is to make use of existing capacity to satisfy the market - Bournemouth Airport is best placed to meet the demands of the wider region.”

Gill said: "This is an incredibly exciting time to be joining Bournemouth Airport, which is well supported by local passengers and the business community, bringing clear economic benefits to the region.

“The main objective will be to grow commercial and passenger activity at Bournemouth Airport, building on the substantial progress made since the RCA acquisition in December 2017.

“It has the runway length, terminal and passenger facilities to satisfy regional demand and is already home to very successful operations with Ryanair, TUI and other European and transatlantic operators."

A number of developments have taken place since new ownership of Bournemouth Airport, which currently serves more than 25 destinations.

They include the arrival of London Stock Exchange-listed Gama Aviation, a global business aviation services company.

Separately, Ryanair announced a new route from Bournemouth to Prague, with a twice-weekly service commencing in April 2019, and Super Break introduced a range of new destinations. 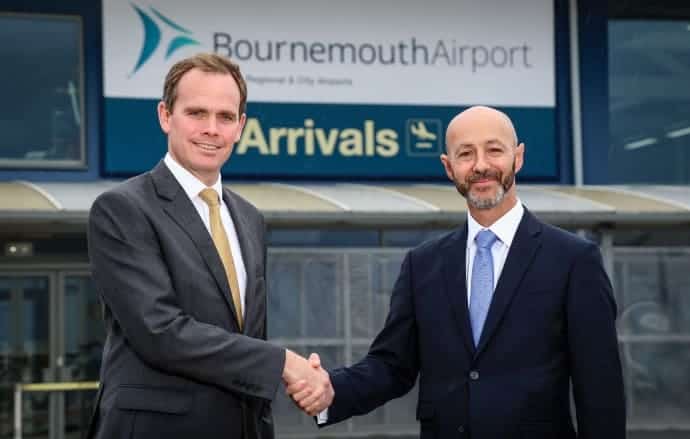